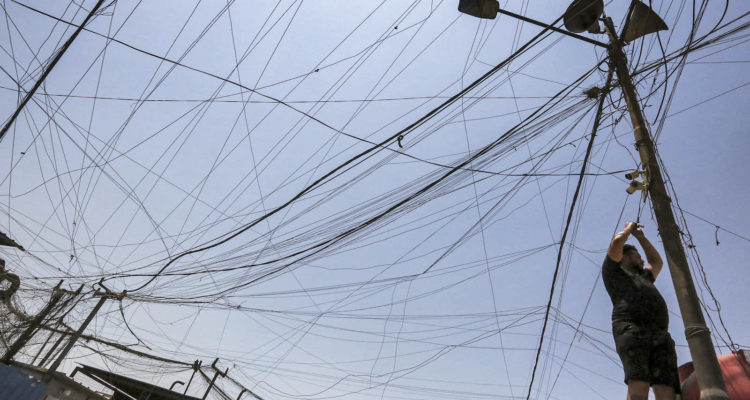 Much is made of Iran’s use of proxy or allied groups to exert “hard power” influence throughout the Middle East where Tehran believes its interests are under threat (Lebanon), or sees an opportunity to exert greater influence (Syria, Iraq), or to act as a spoiler (Yemen). But far less is made of its use of “power”, of the energy kind, exemplified in its use of its energy exports to take advantage of regional states’ inability to cater for their own domestic requirements.

In neighbouring Iraq, for instance, Iranian gas and electricity powers more than a third of the country’s energy needs, particularly in the south. So reliant was Iraq on Iranian energy that former US President Donald Trump had to carve out an exemption from his policy of “maximum pressure” sanctions on Tehran lest the Iraqi grid collapsed. And despite promises to reduce this reliance, Iraq has found it hard to kick the habit. When Baghdad falls into arrears on its payments, and Tehran squeezes supplies, political instability results.

Tehran also exports electricity to Afghanistan, Pakistan and Turkey, although in the case of Turkey, pressure from Washington and its own political desire to diversify its energy providers has seen a recent drop-off in energy imports from Iran.

But it is in Lebanon where the role of energy in expanding Iran’s “soft power” has once again been highlighted. Lebanon’s economy is broken, with a collapse in the local currency leaving the government unable to afford to buy fuel and maintain subsidies, meaning the price for a gallon of petrol has risen by 220 per cent in a year. Last month, the country’s central bank moved to eliminate fuel subsidies altogether, earning the ire of the government.