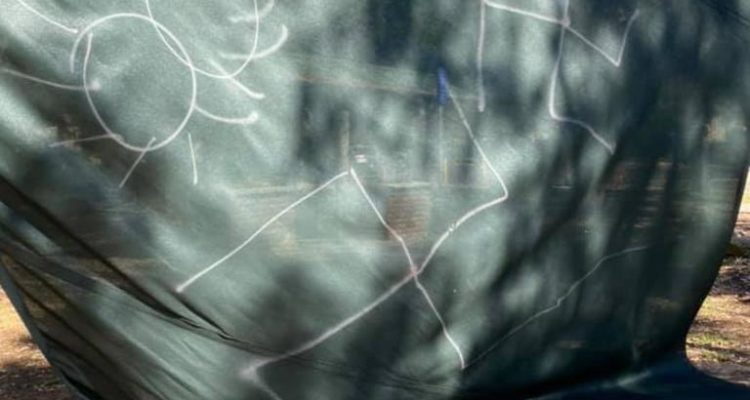 Some of the destruction left behind.

Vile terms and huge swastikas have been branded “despicable” after vandals left a trail of racial abuse at a park in Sydney’s inner west.

An inner west park has been torn through by vandals who have desecrated it with swastikas and racist graffiti.

The community of Concord woke to a slew of degrading terms at Bayview Park this morning that has outraged locals and has now been reported to the police.

The City of Canada Bay Council is also looking into who damaged its property, covering it in foul-mouth slurs and the symbol of Nazi Germany.

It is believed to have happened overnight.

Shades have been torn apart and the vandals have left several racist remarks dotted all over the park usually frequented by families and children.

There are several swastikas and a number of phrases so vile they cannot be printed.

“To target a children’s playground was a despicable act of vandalism,” councillor Andrew Ferguson said.

Read the article by Anton Rose in The Daily Telegraph.