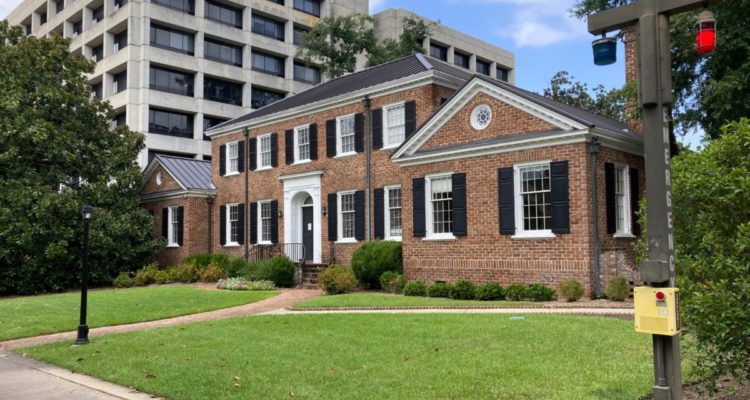 The Anne Frank Center at the University of South Carolina in Columbia is located in the Barringer House. (RNS/Yonat Shimron)

The red-brick Georgian-style home on a tree-lined street at the heart of the University of South Carolina campus has no signs out yet. It is as anonymous, for the moment, as the red-brick Dutch townhouse where Anne Frank hid with her family from German soldiers.

Opened on Wednesday, on the eve of Yom Kippur, the Jewish Day of Atonement, the house is North America’s first permanent Anne Frank Center, dedicated to studying the legacy of the German-Dutch writer whose famous diary chronicled the two years she spent hiding in a secret annex in Nazi-occupied Amsterdam.

Frank, who died of typhus fever at the Bergen-Belsen concentration camp at the age of 15, is perhaps the Holocaust’s most beloved symbol. Now she is being memorialised in the heart of the US South as part of an educational effort to stem not only hatred of Jews, but bigotry, discrimination and racism more broadly.

Columbia, the capital of South Carolina, is also the birthplace of Dylann Roof, the white supremacist neo-Nazi who in 2015 killed nine members of a historic Black church in Charleston. In 2017 he was sentenced to death.

Beginning this semester, some 100 sections of “University 101,” a required class for all incoming students, will tour the centre. Eventually, all first-year students are expected to tour the centre, led by peer guides who have been trained to discuss how society should respond to genocidal ideologies such as the one that killed six million people because they were Jews.