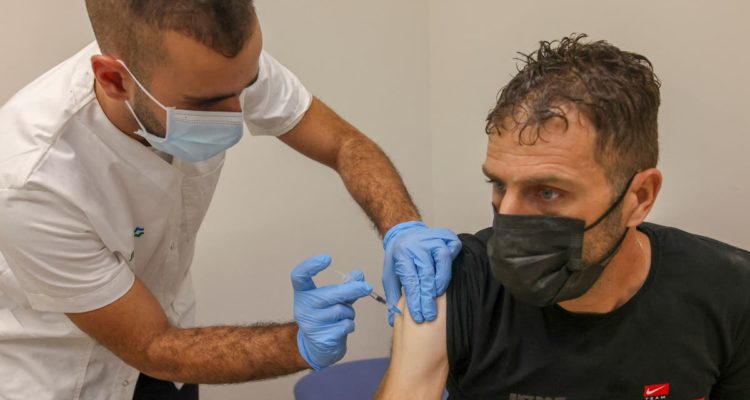 A health worker administers the Pfizer vaccine in the Palestinian neighborhood of Beit Hanina, in the Israeli-annexed east Jerusalem. (Ahmad Gharabli/AFP/Getty)

The most common side effects to expect after your Pfizer booster: headache, fatigue, and pain at the injection site

Data from Israel suggests side effects resolve after 1-3 days

Maccabi surveyed more than 9,200 adults in Israel who’d recently received a third dose of Pfizer’s vaccine. In general, the following portions of adults reported these side effects:

In another survey from Clalit Health Services, Israel’s largest healthcare provider, 88% of participants said they felt “similar or better” after their Pfizer booster than after dose two. That survey included around 4,500 people. Just 31% of them reported localized side effects like pain or swelling at the injection site.

Read the article by in Business Insider Australia.