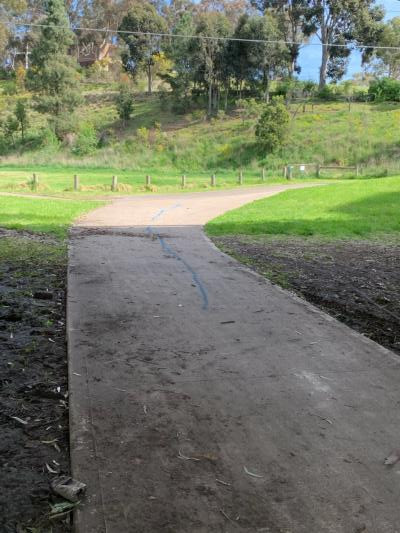 Anti-Semitic graffiti found in the Keilor area has been condemned by police and Australia’s leading civil rights organisations.

Spray painted Swastika symbols were recently found at Caroline Chisholm Park in Keilor, while there have also been report of homophobic graffiti in the area.

Brimbank council has since removed the graffiti and reported it to police.

Brimbank infrastructure and city services director Neil Whiteside said the graffiti “has no place in our community“.

Anti-Semitic graffiti has also been reported in Broadmeadows and Mernda in the last two weeks.

Northern suburbs MP Andrew Giles has launched a petition calling on the community to “reject this sort of hate“.

“Parents taking their children for a walk in a park should not be confronted with these disturbing messages. Whenever such incidents happen, there is chilling emotional damage on all community members,“ Dr Abramovich said.

“This craven display of intolerance against people of all faiths is a sad reminder of the lengths extremists will go to express their unbridled bigotry and serves as a wake-up call that anti-Semitism and racism are on the rise.

Read the article by Tara Murray in the Brimbank Star Weekly.