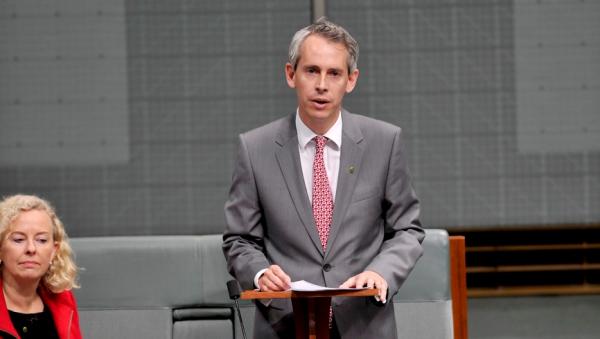 Scullin MP Andrew Giles fears racism is on the rise as a result of the COVID-19 pandemic as police investigate the spread of “Nazi propaganda” in the northern suburbs.

Mr Giles has launched a petition calling on the community to “reject this hate”.

He told Star Weekly he has received several reports about anti-Semitic graffiti around the city of Whittlesea, particularly in Mernda.

Anti-Semitic graffiti and stickers also appeared at Broadmeadows’ Jack Roper Reserve earlier this month. That graffiti is being investigated by police.

“One thing is clear – there’s plenty of evidence that racism, over the course of the pandemic, has increased,” Mr Giles said.

“The recent spread of vile Nazi propaganda across the northern suburbs has caused great distress.

“There’s a sense of disbelief that this could be happening in Melbourne.

“As a country, we need to look at our national stance… on the scourge that is racism.

“We must come together to reject this hate, and stand proudly together as a diverse community.”

Hume mayor Joseph Haweil said the council is “extremely disappointed” to see the expression of hate-crime in Hume.

“Anti-Semitism is one of the most repugnant forms of bigotry,” Cr Haweil said.

Read the article by Michaela Meade in the Star Weekly.