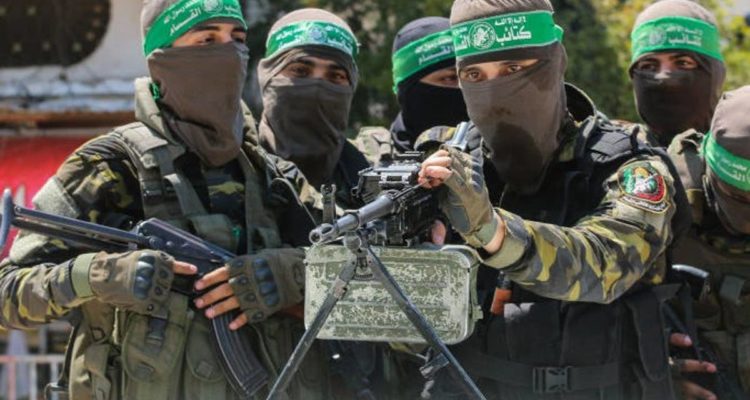 Members of the Al-Qassam Brigades of Hamas. (Ahmed Zakot/SOPA /LightRocket via Getty)

Hamas, the Palestinian militant Islamist group that rules the Gaza Strip, has raised the highest amount of funds via cryptocurrencies among a number of organizations linked to terror-related financing, according to Coinbase’s special investigations team.

“This is likely because Hamas actively solicits donations primarily in the form of BTC on their website and related Telegram channels,” Coinbase said.

Coinbase described Hamas’ fundraising efforts as “staggering” in comparison to other organizations it analyzed. The militant group first began to seek crypto funds using a single donation address in January 2018, the report said. A few months later, Hamas attempted to blur the number of funds already raised by providing fresh donation addresses on its website.

The team noted that periods of geopolitical conflict correlated to a boost in crypto donations for the nationalist group, specifically in May 2021 when Israel and Hamas were engaged in the worst violence in the region since 2014. But those funds may have been confiscated as Israel said in July that it had been seizing crypto wallets believed to be controlled by Hamas, but didn’t specify how many had been seized.

Read the article by Shalini Nagarajan in Business Insider Australia.