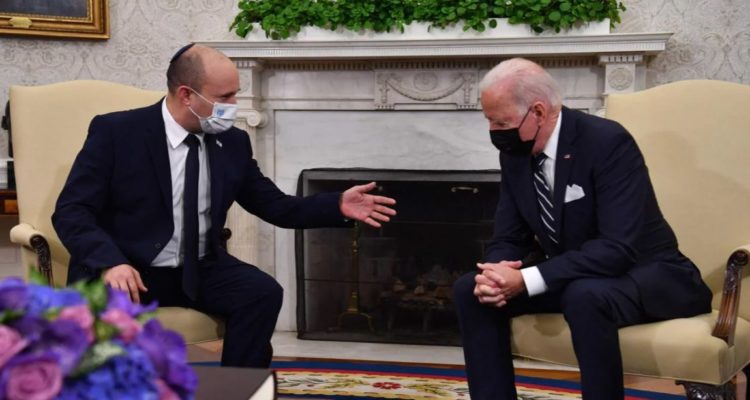 US, Israel ‘Concerned’ About Diplomatic Stalemate With Iran

The U.S. and Israel held secret talks last week in which they weighed alternative options on how to address challenges from Iran, according to a report Wednesday from Axios.

Two Israeli sources told Axios that officials from both sides resumed meetings of the U.S.-Israel Strategic Working Group on Iran called Opal, or Leshem, in Hebrew.

The forum has its roots in the early days of the Obama administration. The meeting was reportedly the first attended by members of Prime Minister Naftali Bennett’s government since it was sworn in last June.

During his meeting with President Joe Biden in the White House in August, Biden and Bennett reportedly agreed to resume meetings of the working group.

Discussions were led by U.S. National Security Advisor Jake Sullivan together with his Israeli counterpart Eyal Hulata, a former Mossad officer. Israeli officials expressed the need to begin reconsidering options for a “plan B” in dealing with Iran because of the ongoing stalemate in diplomatic talks about Tehran’s nuclear program.

While the Biden administration has stressed that it hopes to renegotiate the Iran Nuclear Deal, its delegates to the meeting expressed exasperation with the current deadlock. They offered the idea of implementing new sanctions against Iran to push it into making a concession in Vienna where the negotiations are taking place.