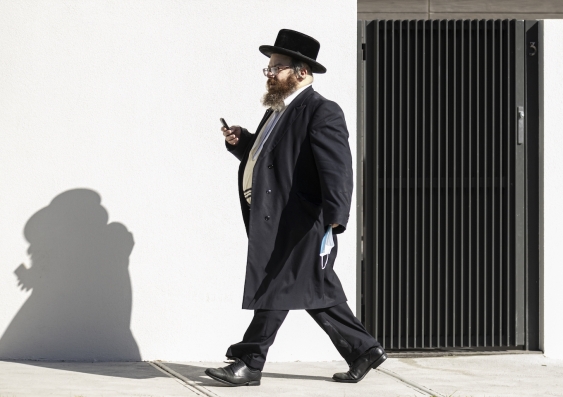 The increased prominence of anti-Semitic incidents may have you wondering: has anti-Semitism always been part of the Australian social fabric, or are we facing a newer, more sinister trend?

The increased prominence of anti-Semitic incidents during the COVID pandemic may leave you wondering: has anti-Semitism always been part of the Australian social fabric, or are we facing a new, sinister trend?

Members of Melbourne’s Jewish community have been subjected to a surge of anti-Semitic abuse in recent weeks, following breaches of public health orders by ultra-Orthodox Jewish worshippers.

And Victoria’s proposed law to ban Nazi symbols — a first for any state or territory — further reinforces how anti-Semitism is becoming an increasingly visible problem in Australia.

Understanding the origins of modern anti-Semitism requires looking back at Australia’s history. Both anti-Semitism and right-wing extremism are linked with the rise of nationalism from the colonial era through the 20th century.

Because of this, it’s impossible to address anti-Semitism without also taking into account Australia’s colonial history marred with white supremacy.

How COVID conspiracies are fuelling anti-Semitism

We have recently seen federal and state politicians cautioning against rising rates of anti-Semitism, but one can’t help but wonder if these comments are merely lip service.

After all, what good is it to acknowledge anti-Semitism without taking meaningful action to prevent it?

Read the article by Naama Carlin from the UNSW Newsroom.