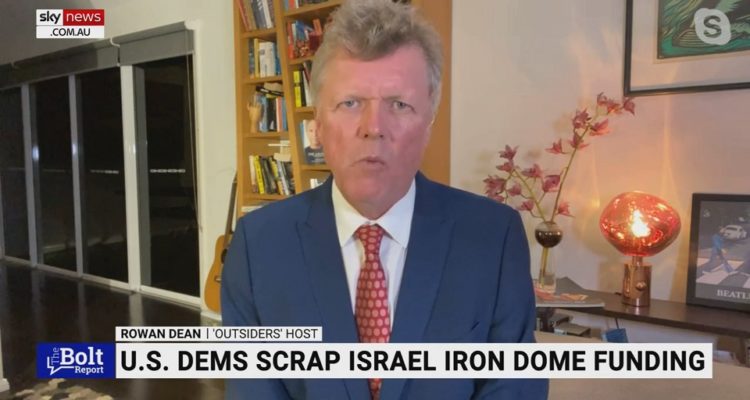 “The Israeli Iron Dome, which was only developed a few years ago is the most extraordinary piece of infrastructure technology and it is a purely defensive piece of military hardware,” Mr Dean told Sky News host Andrew Bolt.

“This is incredible technology, it’s defensive, it’s the way civilised nations use their militaries, it’s to defend themselves from attack.

“And the idea that America has helped fund this technology should now cease funding it or not be associated with it; this gives the game away.”

Watch the video on The Bolt Report.