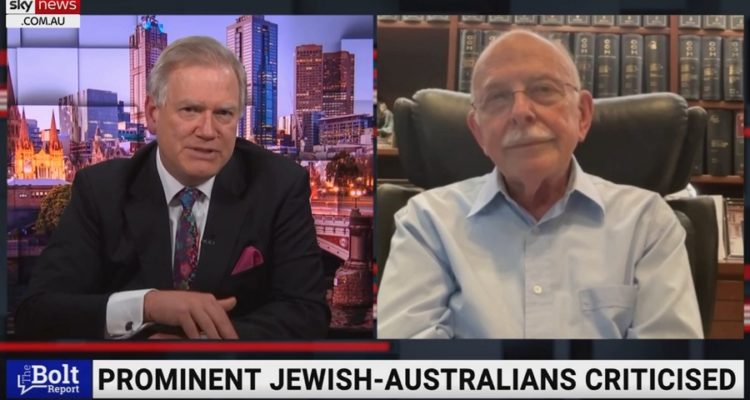 AIJAC National Chairman Mark Leibler says John Lyons book, ‘Dateline Jerusalem: Journalism’s Toughest Assignment’, points out “only three people can tell the editors of The Australian what they can and cannot publish”.

It comes as the head of investigative journalism at the ABC, Mr Lyons, wrote a book where he criticised the Israel lobby.

“It’s laughable and this is the basis for accusing AIJAC of properly corrupting the journalists process, it’s worse than that, I mean it’s worse but it’s really funny,” Mr Leibler told Sky News host Andrew Bolt.

“I mean where does it begin and where does it end? This is the head of investigative journalism at the ABC, now what do you say? I don’t know.”

Watch the report by Andrew Bolt speaking with Mark Leibler on The Bolt Report.