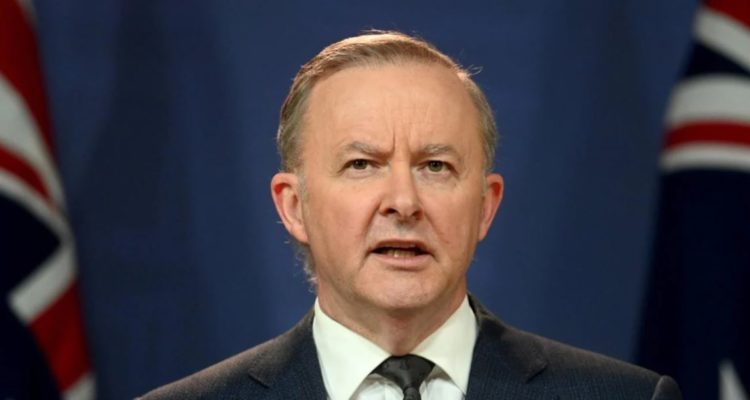 The Labor international platform for the first time recognised the state of Palestine despite strong opposition from sections of the party’s Right faction. (NCA NewsWire / Jeremy Piper)

The NSW party voted to mirror the foreign policies from federal Labor’s policy platform, blocking proposals from branches that would cause political headaches for the Opposition Leader months out from a federal ­election.

The recommendation from NSW Labor’s policy committee, which was waved through by delegates at the online state conference on Saturday, was for the state platform to refer to the nat­ional platform “with respect to the subject matter of Australia’s place in the world”.

The move by NSW ALP to endorse federal Labor’s policies killed off a push from branches to oppose offshore processing of asylum-seekers and accuse Israel of “ethnic cleansing”.

The national platform, which cannot be contradicted by the parliamentary Labor Party, was ­finalised in March at the “virtual” special platform conference.

Controversially, the national platform for the first time recognised the state of Palestine despite strong opposition from sections of the party’s Right faction.

Opposition foreign affairs spokeswoman Penny Wong successfully moved an amendment to the ALP’s platform on Palestine at the March conference, which urged a two-state solution but also called on the next Labor government “to recognise Palestine as a state”.