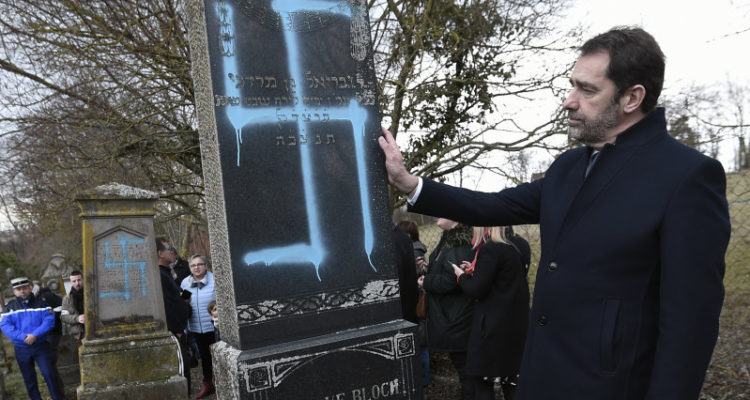 Australia to back international definition of anti-Semitism

Prime Minister Scott Morrison has promised an international forum to stamp out anti-Semitism that the Australian government will formally endorse an international working definition of discrimination against Jews as a religious or racial group.

In a pre-recorded message from Canberra, Mr Morrison told the Malmö International Forum on Wednesday evening that his government would embrace the International Holocaust Remembrance Alliance’s working definition, joining more than 40 nations and hundreds of local governments, sporting organisations, institutions and universities around.

Mr Morrison said Australia would adopt the definition “as a people, and as a nation”.

“Anti-Semitism has no place in Australia,” Mr Morrison told the forum.

“It has no place anywhere in the world. And we must work together, resolutely and as a global community to reject any word or any act that supports anti-Semitism towards individuals, towards communities or religious facilities.”

The IHRA – an intergovernmental body made up of 31 member countries – defines anti-Semitism as “a certain perception of Jews, which may be expressed as hatred toward Jews. Rhetorical and physical manifestations of anti-Semitism are directed toward Jewish or non-Jewish individuals and/or their property, toward Jewish community institutions and religious facilities”.

The non-legally binding definition is also supported by 11 contemporary examples of anti-Semitism designed as a resource to help educate people as to what anti-Semitism is, and what is legitimate criticism of Israel.