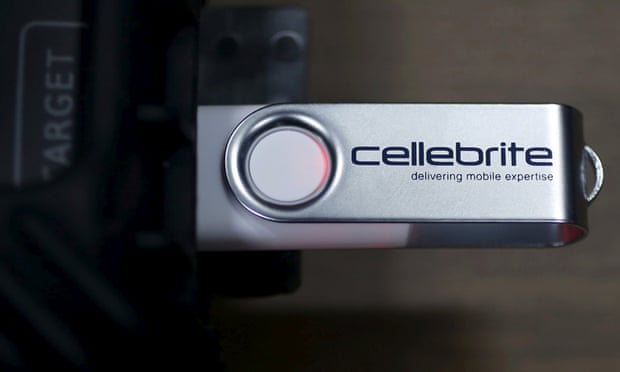 A Cellebrite device that extracts data from phones. The Greens say they will pursue Services Australia about the use of the technology in Senate estimates. (Issei Kato/Reuters)

Federal agency refuses to say which programs, such as jobseeker, Medicare or the disability pension, it uses Cellebrite technology to probe

Services Australia has paid $1.2m to a controversial digital intelligence company that allows police to crack into smartphones and copy all the data, for software to aid in “investigations into fraud and other criminal behaviour”.

Israeli company Cellebrite’s technology is traditionally purchased by police around the world – including Victorian and New South Wales police in Australia – to obtain data from phones held in their possession.

While Cellebrite has been linked with attempts by law enforcement to bypass encrypted devices, most of its tools are designed to extract information from unlocked devices, to make it easier for investigators to sift through all the data held on a phone as part of their investigations.

Australia’s social support agency signed a $460,000 contract with the firm in 2020, and extended the contract in August this year bringing the total value to $1.2m.

The Canberra Times reported in 2017 the agency had initially spent $32,000 on the software for use “less than 50 times”, suggesting a significant increase in its use in the past four years. On Thursday, the department refused to say how many times it had used the technology.

A spokesperson for the department said Cellebrite’s services “supports its investigations into fraud and other criminal behaviour”.

Read the article by Josh Taylor in The Guardian.