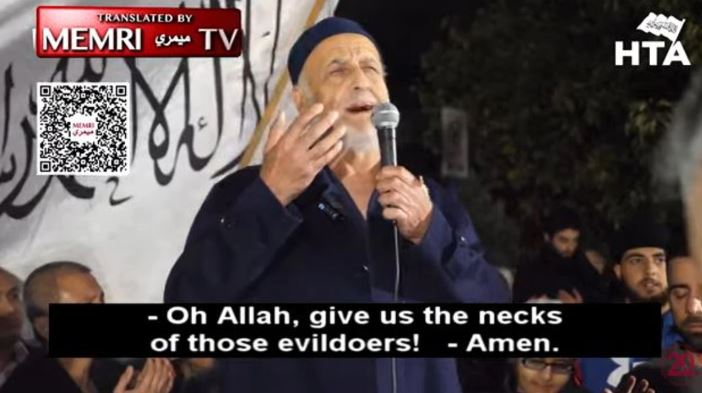 Radical group under review after anti-Semitic rally in Lakemba

Jewish groups have condemned a rally held earlier this year by extremist Muslim group Hizb-ut-Tahrir in which they called the Jews “evil filth”.

Sickening video has emerged of a pro-Palestine rally in Lakemba in which speakers prayed for Allah to “give us the necks of the Jews” and to purify Jerusalem from “their evil filth”.

Speakers also chanted “destroy the Jews”, “the martyr is beloved by Allah”, and “Oh, Allah, hasten your victory”.

The event, which took place in May during an outbreak of violence between Israel and the Palestinians, was sponsored by the fundamentalist Muslim political group Hizb ut-Tahrir, which has been banned in a number of countries across the Middle East and around the world, but not Australia.

However, Home Affairs Minister Karen Andrews said that her department would continue to take advice about the status of the group.

“I’ll continue to take the advice of my agencies about which groups are listed as terrorist organisations.

“Listing an organisation is one option, but Australia has a range of laws to keep Australians safe,” she added, noting that last week a man was sentenced in NSW Supreme Court for advocating terrorism.

In the video, local Hizb ut-Tahrir chief Ismail al-Wahwah is seen saying, “Allah willing soon, you will see the end of this illegal evil occupier in Palestine.”

Read the article by James Morrow in The Courier Mail.