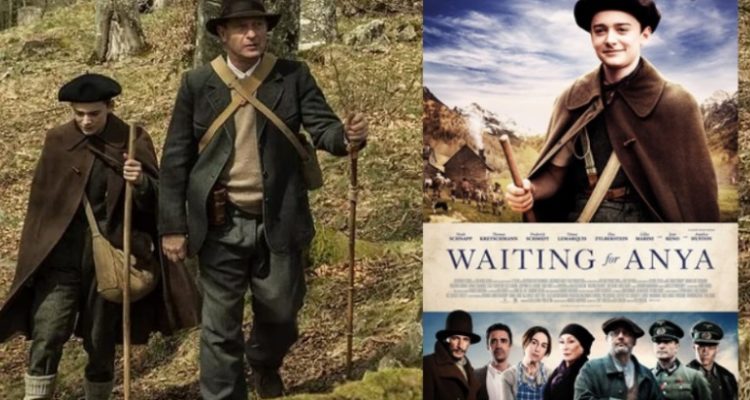 Waiting for Anya — teaching kids about the Holocaust

Waiting for Anya is a children’s film about how French villagers saved Jewish children from the Holocaust during World War II. The story, which draws upon real events, comes from a novel written by Michael Morpurgo, who rose to fame with his WWI tale, War Horse.

It is gloriously filmed in the Pyrenees, near the border with Spain and has a stellar cast.

The plot revolves around the smuggling of orphaned children over mountain passes while dodging German patrols and the fraught relationships within the town as locals cope with the hated garrison.

Thirteen year old shepherd, Jo, stumbles upon the dangerous smuggling operation being conducted by a neighbour. He becomes inveigled into helping and slowly becomes aware of which adults in his life are operating against the Nazis.

There are a number of subplots that for an adult viewer lead nowhere but for kids will probably not matter. Essentially, this is a film for parents and grandparents to take children to in order to open up discussion about Nazism and the Holocaust.

The kids will experience it as a tear-jerker and the adults will enjoy the scenery.

Read the review by Barry Healy on Green Left.