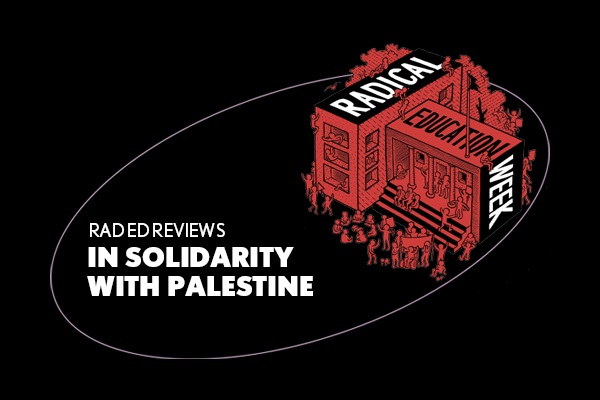 Rad Ed review: Towards Liberation — In Solidarity with Palestine

The panellists discussed how the best expression of solidarity is to be outspoken about the Palestinian struggle.

Under Israel’s settler-colonialism and apartheid government, Palestinians have struggled to fight for sovereignty for decades. The recent crisis in Gaza and East Jerusalem has escalated the Palestinian struggle, and the need for the international community to express solidarity with the Palestinian people has become crucial to liberation. As part of the Radical Education series, the Towards Liberation: In Solidarity with Palestine panel discussed the future for Palestine under the newly elected Israeli government and addressed the ways that the international community can express solidarity with Palestinians in fighting against dispossession.

The Palestinian struggle has been ongoing for a century, dating back to the 1917 Balfour Declaration, where global powers split the land of Palestine and gave half to the European Jews. Today, Palestinians have remained victims of ethnic cleansing and continual displacement known as Al-Nakba. Speaking about the election of a new Israeli government, Khalik highlighted that for every Israeli government, regardless of where they sit on the political spectrum, their course of action is fundamentally to advance the settler-colonial apartheid regime.

Read the article by Rayana Ajam in Honi Soit.