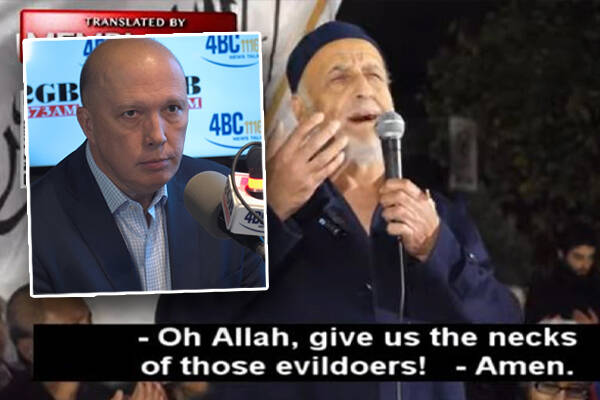 Ray Hadley has called out the failure of successive governments to deem an anti-Semitic Palestinian extremist group a threat to Australians.

The fundamentalist group Hizb-ut-Tahrir held a pro-Palestinian rally in Lakemba earlier this year.

“They’ve said the most sickening things at this rally, speakers prayed for Allah to ‘give us the neck of Jews and purify Jerusalem from their evil filth’.

“When is someone in the federal parliament, in power, going to condemn these people?

Defence Minister and former Home Affairs Minister Peter Dutton deferred to ASIO and anti-hate laws, telling Ray if advice was given to list the “barbaric” group as a terror threat, action would’ve been taken.

“There are elements that aren’t spoken about publicly, where they may have different reasons for the judgements that they’re making.

“They have stopped terrorist acts in our country because of their relationships and informants, and other people that they speak with.”

Listen to the report by Ray Hadley from 2GB Radio.