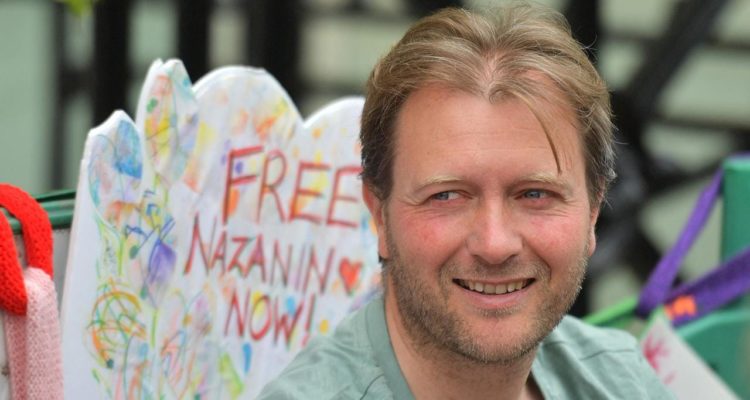 ‘The PM needs to take responsibility’. Richard Ratcliffe, husband of British-Iranian woman Nazanin Zaghari-Ratcliffe, who is imprisoned in Iran. (AFP)

Boris Johnson needs to act to get wife out of Iran, says husband

The husband of a British Iranian held in Iran since 2016 began a hunger strike on Sunday to denounce the British government for “also letting us down” and failing to secure her release.

Richard Ratcliffe spent the night in a tent outside the Foreign Office a week after his wife, Nazanin Zaghari-Ratcliffe, lost her ­appeal on a second jail term in Iran.

In an online petition with more than 3.5 million signatures, Mr Ratcliffe said he began his hunger strike, his second since 2018, to force Prime Minister Boris Johnson and his government to “take responsibility” for his wife’s fate.

Tehran “remains the primary abuser in Nazanin’s case”, but “the UK is also letting us down”, he said.

The reason, he said, is his family “is caught in a dispute between two states” over an old debt of £400m that London refuses to settle since the Shah of Iran was ousted in 1979.

“Two years ago we were ­allowed to camp in front of the ­Iranian Embassy for 15 days, much to their considerable anger. But it got Gabriella home,” Mr Ratcliffe wrote, referring to the couple’s now seven-year-old daughter who had originally travelled to Iran with her mother.

“We are now giving the UK government the same treatment,” he said. “It seems extraordinary the need to adopt the same tactics to persuade government here, to cut through the accountability gap.