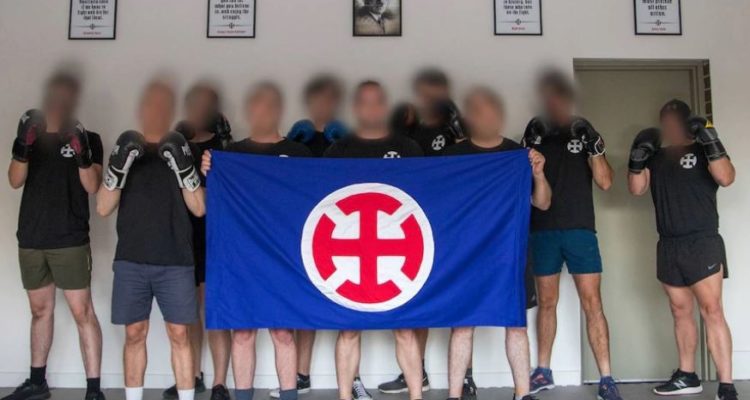 Police say Thomas Sewell is the national leader of the European Australian Movement.

A bushwalker who was allegedly attacked by a group that police say included two neo-Nazi leaders was terrified and panicked, while his two friends were “screaming in terror” during the incident, a court has heard.

Thomas Sewell, 28, and Jacob Hersant, 22, both leaders within Australia’s national socialist movement, are facing charges of armed robbery, affray and violent disorder over an alleged incident at the Cathedral Range State Park in central Victoria.

Police say the pair were among a group of men who attacked several bushwalkers on May 8 after one of the alleged victims took a video from inside a car.

The alleged victims saw the group members were all wearing black shorts and black T-shirts with a white symbol that resembled a Celtic cross, and believed they could be the same group from recent media reports about neo-Nazis meeting in the Grampians.

The Age revealed in January that about 40 of Mr Sewell’s group were seen in the Grampians, in western Victoria, over the Australia Day weekend and were heard chanting “white power” and “We are the Ku Klux Klan”.

On Wednesday, prosecutor Danielle Guesdon told the Melbourne Magistrates Court: “It appears [the filming of the group] may have been observed because the next thing that happened, some of the males from the group wearing black T-shirts with the white emblem began running towards the car.