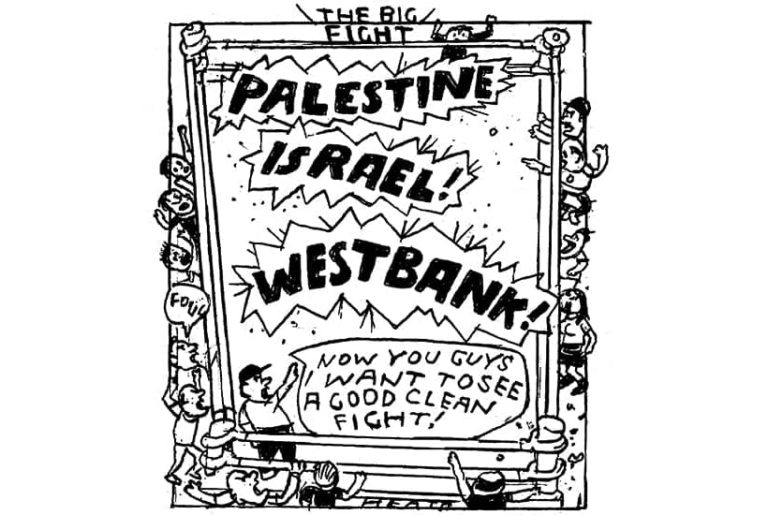 From an Israeli army base on the border with Lebanon, I can see the village of Maroun al-Ras. An Iranian flag flies from the dome of the mosque. Nearby, strapped to a post, is a 20ft cutout of the late Iranian general Qassem Soleimani, which was put there earlier this year by Hezbollah after he was killed by an American air strike. His right arm and index finger are stretched out, pointing menacingly over the valley at Israel. Hezbollah, backed by Tehran, control Maroun al-Ras, and I can hear the buzz of a drone watching them.

Some Israeli officials say Iran could have enough enriched uranium for a nuclear bomb in just a few weeks. I’m here with Bicom, the Britain-Israel Communications and Research Centre. In Tel Aviv our small group of journalists meet Issawi Frej, the second Muslim minister in Israel’s history, who is tasked with improving relations with the country’s Arab neighbours. If war does come, Israel wants them on its side. An ebullient head of security escorts us to the minister, telling us in a thick Russian accent about his posting at Israel’s Kensington embassy. ‘I met the very nice man, David Cameron,’ he says. In his office, Frej says two or three more Arab states will follow the United Arab Emirates, Bahrain and Morocco in re-establishing diplomatic ties with Israel by next year. Saudi Arabia is a priority, but the King, like many other Muslims, won’t forgive Israel for taking what he sees as Palestinian land.

Read the article by Max Jeffery in The Spectator.