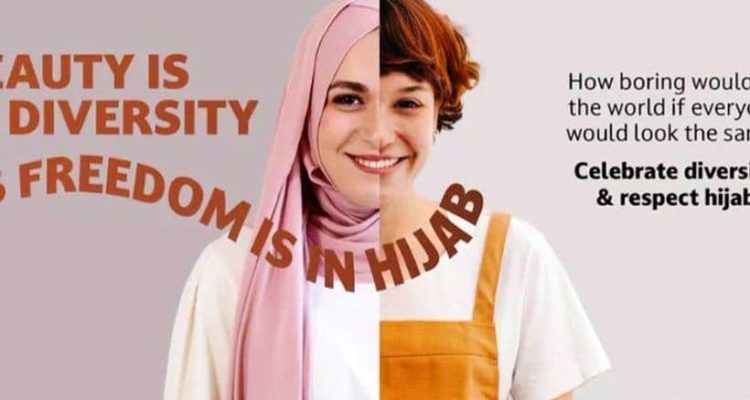 The Council of Europe was right to pull its hijab campaign

This week, the Council of Europe was forced to pull an advertising campaign promoting the hijab following a backlash from the French. As part of a campaign to promote respect for Muslim women, the European body released a number of campaign posters, one of which read ‘Beauty is in diversity as freedom is in hijab’.

Shortly afterwards there was an outcry from French politicians, who called for the campaign to be dropped. Sarah El Haïry, France’s youth minister who is of Moroccan descent, said she was vocally ‘shocked’ by the campaign. The posters were also condemned by many Muslim heritage women and secular activists around the world.

Some of the campaign’s messages, such as ‘my headscarf my choice’, are pretty uncontroversial. But the Council’s proclamations such as ‘respect the hijab’ and ‘freedom is in hijab’ suggested that the campaign was more interested in promoting sexist modesty codes than upholding human rights or opposing anti-Muslim bigotry. Perhaps the Council of Europe should have taken a few pointers from its own seminar on ‘combating sexist advertising’ last week.

While the campaign would have been in poor taste at any point in time – given that the hijab continues to be enforced upon millions of Muslim women around the world – for it to have come out as the Taliban’s gory gender segregation is endangering Afghan women’s lives is truly repugnant. The hijab is not ‘freedom’ for the women in Afghanistan being killed and threatened for defying Islamic mandates. In Afghanistan, the Taliban are tearing off clothes and even targeting women who do not wear the ‘right’ kind of hijab.

Read the article by Kunwar Khuldune Shahid in The Spectator.