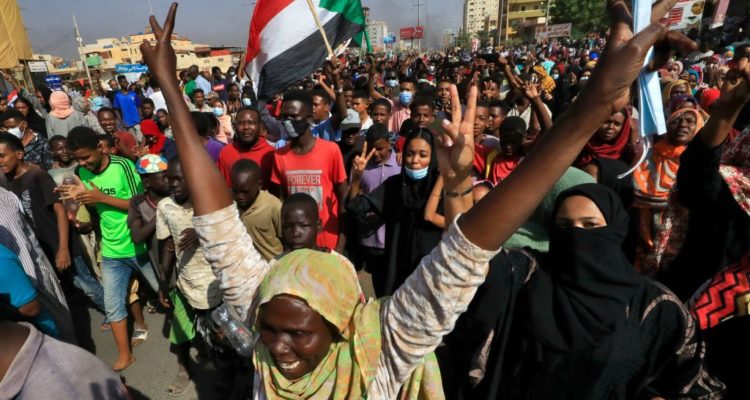 Could Sudan coup lead to another Arab Spring?

The Sudanese crisis is an epitome of the ongoing struggle between the forces of authoritarianism and those of pro-democracy change that has come to feature in many states of the Arab world for more than a decade now. In Sudan, where mass protests led to the outer of long-term dictator Omar al-Bashir in 2019, the generals have decided to backtrack on military–civilian transitional rule and the public stands determined to see a democratic transformation of their country. How this struggle is handled, and what the outcome is, carry serious implications for authoritarian and concealed authoritarian regimes in the Arab domain.

Sudan has had a turbulent history since its independence in 1956, when the Anglo-Egyptian condominium control of the country ended. It has persistently been in conflict internally and vulnerable to outside pressure and interference. It was ravaged by a civil war for a long time, which finally resulted in the Christian majority South Sudan gaining independence from the Muslim dominated Sudan in 2011, although hostility and resource disputes linger between the two sides. The country entered an evolving phase from Sunni Islamist to semi-Islamist under General al-Bashir, who assumed power in a coup in 1993.

The architect of the coup was Hassan al-Turabi, a colourful and eloquent radical Islamist scholar and leader of the National Islamic Front. Turabi oversaw controversial Islamist policies, including the institutionalisation of sharia law and transformation of Sudan into a somewhat radical Islamist state. Osama Bin Laden was a welcome guest in Khartoum for two years after he was expelled from Saudi Arabia in 1994 and before he returned to Afghanistan following the Taliban takeover of Kabul in mid-1996. Also, Sudan’s relations with Iran strengthened. These developments proved to be annoying to the largely secularist Egypt under Husni Mubarak’s dictatorial rule and to Saudi Arabia and its Arab allies, which viewed any form of radical Islamism and the Sudani–Iranian linkage as contrary to their interests.