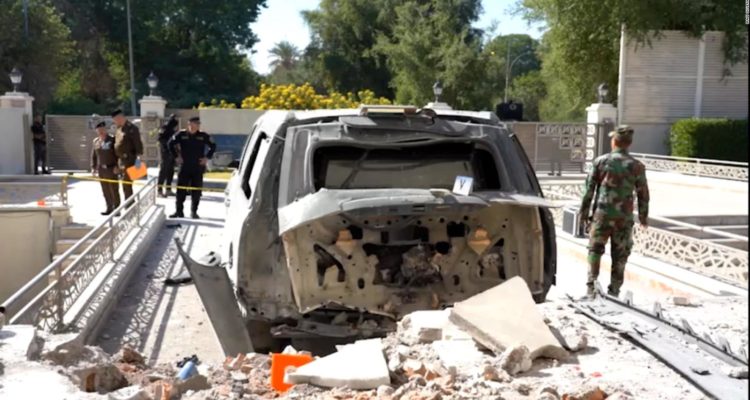 The thumbprints of Iran’s proxy militia forces are all over the insidious drone strike that was intended to kill Iraq’s staunchly pro-Western Prime Minister, Mustafa al-Kadhemi. The attack on his home in the heart of Baghdad’s fortified Green Zone came amid tensions and street demonstrations in Iraq over last month’s parliamentary elections in which the Conquest (Fatah) Alliance of the Tehran-linked Hashed al-Shaabi military network suffered major losses. The setback was a significant blow to the long-held ambition of Iran’s ayatollahs, as part of their drive for regional Shia hegemony, to turn Iraq into an Iranian province and conduit for Iranian military personnel and weapons sent to support the Bashar al-Assad regime in Syria and Tehran’s anti-Israel Hezbollah proxies in Lebanon.

Mr Kadhemi, who met Joe Biden at the White House in July, is seen by Iran as a major obstacle to its ambitions to take control of Iraq. The world’s democracies should support him following the assassination attempt by Iranian-linked terrorists. Mr Kadhemi was a fierce opponent of the Saddam Hussein regime when he lived in exile in Europe as a lawyer and journalist, and he is the first Iraqi prime minister since the 2003 US-led invasion unequivocally opposed to Iran’s meddling in Iraq. He is resolutely pro-Western, shrewd and secular.