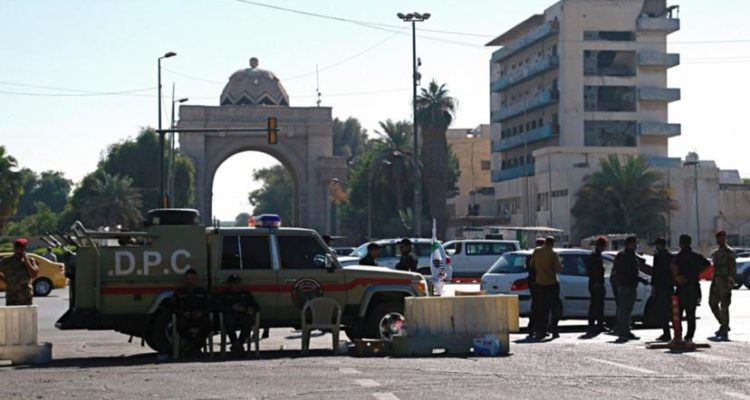 The assassination attempt on Iraq PM Mustafa al-Kadhimi has ramped up tensions in Baghdad. (AP)

Helicopters circled in the Baghdad skies throughout Sunday, while troops and patrols were deployed around Baghdad and near the capital’s fortified Green Zone, where the overnight attack occurred.

Supporters of the Iran-backed militias held their ground in a protest camp outside the Green Zone to demand a vote recount.

Leaders of the Iran-backed factions converged for the second day on a funeral tent to mourn a protester killed on Friday in clashes with security.

Many of the faction leaders blame the prime minister for the violence.

Prime Minister Mustafa al-Kadhimi suffered a light cut and appeared in a televised speech soon after the attack by armed drones on his residence.

He appeared calm and composed, seated behind a desk in a white shirt and what appeared to be a bandage around his left wrist.

Seven of his security guards were wounded in the attack by at least two armed drones, according to two Iraqi officials who wished to remain anonymous.

Read the article by Qassim Abdul-Zahrain (AP) in The West Australian.