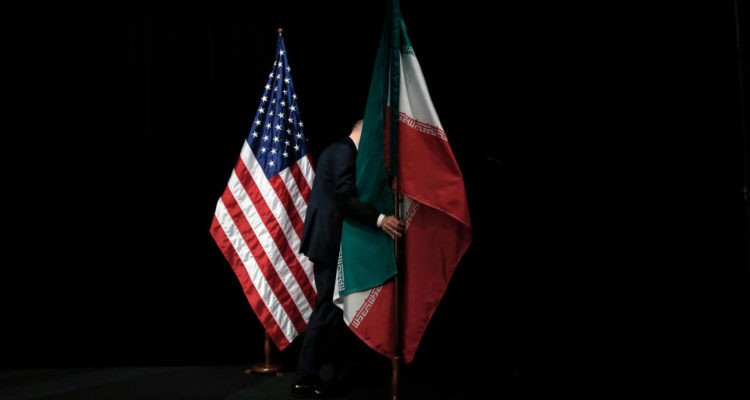 Farmers attend a protest demanding authorities open a dam to relieve drought-stricken areas of central province of Isfahan, on the dried up riverbed of the Zayandeh Roud river in Isfahan. (Hamidreza Nikoomaram/Fars News Agency via AP)

Iran and US hedge their bets on nuclear deal revival

Iran has agreed to recommence negotiations aimed at the US rejoining and fully restoring the Iran nuclear deal (the Joint Comprehensive Plan of Action, or JCPOA) in Vienna on 29 November. But it hasn’t discounted the possibility that the talks may fail, that if the US rejoins effective sanctions relief may not apply in practice, and that a future US administration might dishonour or withdraw from the agreement and reimpose sanctions.

Iran and the US have a common interest in the US rejoining the agreement, but their motives differ. Iran wants the US to lift all the JCPOA-related trade and financial sanctions that former president Donald Trump imposed when he withdrew from the agreement in 2018. Complete removal of these sanctions would enable the desperately needed resuscitation of Iran’s impoverished economy.

The US wants to ensure that Iran does not and cannot develop a nuclear-weapons capability. Washington has also sought to modify the agreement by including limitations on Iran’s missile development and constraints on its ‘malign regional behaviour’. Iran has rejected these additional inclusions and dismissed any quick-fix compromise.

Iran doesn’t trust the US, now and into the future. It claims that, even if the US does rejoin the agreement and remove the Trump-era sanctions, it could continue imposing non-JCPOA-related measures that have had, and would continue to have, the same or similar effect.

Tehran is also concerned about who will replace Joe Biden in 2024. It sees him as a one-term president. A Democrat replacement might continue to honour the agreement, but a Republican probably wouldn’t, especially if it was Trump or a close colleague of his such as former secretary of state Mike Pompeo. Trump and Pompeo hold similar views about Iran and when in office both were committed to ‘regime change’. Iran wants an amendment to the JCPOA that prohibits any unilateral withdrawal from the agreement, but it might not get it, especially if any other signatory isn’t supportive.