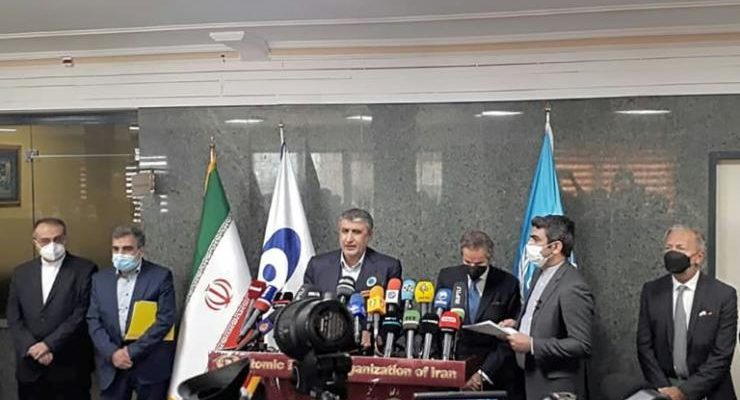 Time For Europe To Stand Up To Iran’s Atrocities

I have profound respect for our democracy, our institutions, and our European justice system.

Despite being imperfect, they actually work. I’m a living example of that. In June 2018, I was among thousands of officials, human rights activists and ordinary citizens that were the target of an attempted bombing. The terror plot was planned in Tehran and carried out by four Iranian agents.

But for the highly interconnected European intelligence system, I and perhaps hundreds of others, would not be here to tell the tale.

But if there’s one thing that I despise, it’s the sheer poverty of diplomatic principles among some political leaders. As someone who served in the European Parliament for 15 years, I have dealt with European and international affairs firsthand. Throughout the years, I have been truly dismayed to see how dogmatic mindsets have emasculated the terms of diplomacy, tying the hands of decision-makers who wish to respond to extortion with strength and firmness.

In the same way as Adolf Hitler and the Axis powers tested the resolve of world leaders in the 1930s, the clerics in Iran are testing our resolve today, by spreading Islamic extremism around the globe, backing proxy wars in the Middle East, and bragging about their burgeoning nuclear capacity and development of long-range missiles. Ever since the Ayatollahs took power in Tehran, the West has meekly succumbed to their hostage-taking strategy, offering weak-willed terms of appeasement instead of calling them out for their terrorism, tyranny and repression.

Read the article by Struan Stevenson in International Business Times.