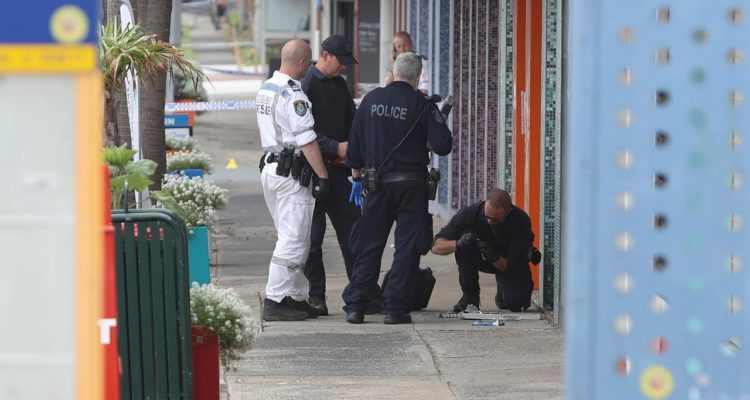 olice at the scene of the arrest of a man at Windang on the NSW south coast. (Richard Dobson)

A man accused of firing a rifle through a busy suburban street in the Illawarra area told his mother he wanted to “suicide by cop”, police say.

A man accused of firing a rifle down a busy Illawarra street on Sunday told his mother he wanted to “suicide by cop” minutes before he opened fire, police will allege.

Simon Fleming is accused of telling his mother of his plan immediately before he left her Windang home about 9.30am.

Soon after, he allegedly fired a round of ammunition into the air as he walked towards nearby shops.

Fleming was charged with a range of offences including kidnapping, firing a firearm at a dwelling or house with disregard to safety, firing a firearm in a manner likely to injure and possessing a prohibited firearm.

He was refused bail to appear at Wollongong Local Court today.

The 40-year-old sparked a massive police response as he allegedly fired at cars and people along Windang Rd.

Within minutes of the shots being fired, the elite Tactical Operations Unit, bomb disposal unit and negotiators were on their way to the suburb.

Read the article by Kelsey Hogan and Cydonee Mardon in The Daily Telegraph.