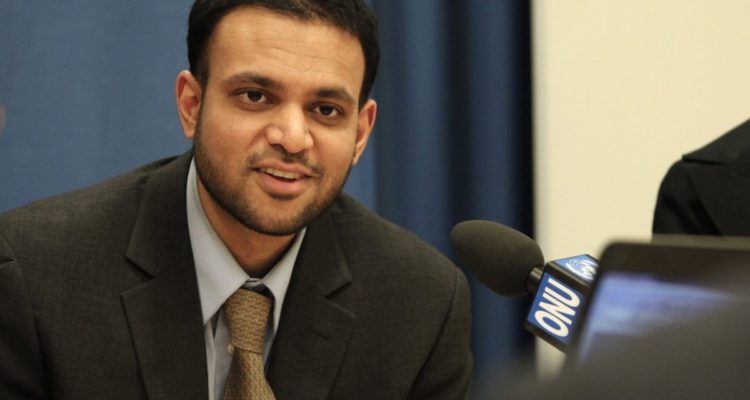 Rashad Hussain has been confirmed as the US ambassador-at-large for international religious freedom, making him the first Muslim American in the role.

Hussain was confirmed by the US Senate last Thursday by an overwhelming vote of 85 to five.

The US Commission on International Religious Freedom hailed the decision on Hussain, who has been director for partnerships and global engagement at the National Security Council.

“With his years of knowledge and experience, Ambassador Hussain is well placed to advance the US Government’s promotion of international religious freedom,” said USCIRF Chair Nadine Maenza in a statement.

Hussain, 42, previously served as a White House counsel during the Obama administration, as special envoy to the Organization of Islamic Cooperation and as US special envoy for the Center for Strategic Counterterrorism Communications.

When President Joe Biden announced his nomination of Hussain in July, the White House noted his work on countering anti-Semitism and defending religious minorities in countries with Muslim majorities. Hussain, who has served as a judicial clerk in the 6th US Circuit Court of Appeals and as the editor of the Yale Law Journal, speaks Spanish, Arabic and Urdu. He also is a hafiz, or someone who has memorised the entire Quran in Arabic.

“[A]s a Muslim American, I have seen the impact of bigotry and guilt by association tactics used against minority communities, including the message it sends and dangers it poses to young people,” Hussain said in his prepared remarks during the October confirmation hearing.