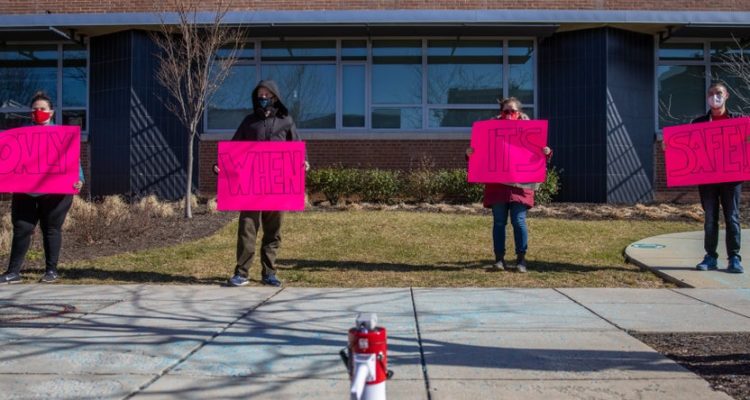 A school staff member was placed on leave after making third-grade students reenact scenes from the Holocaust, reports say

A staff member at an elementary school in Washington, DC, was placed on leave Friday after the principal said she instructed third-graders to reenact scenes from the Holocaust, the Washington Post reported.

In an email sent to the students’ parents, the principal of Watkins Elementary School said the reenactments, which happened during library class, included having the students simulate shootings and dig mass graves for their classmates.

“I want to acknowledge the gravity of this poor instructional decision, as students should never be asked to act out or portray any atrocity, especially genocide, war, or murder,” Principal MScott Berkowitz said in the email reviewed by The Post.

Berkowitz also said the unnamed instructor assigned students specific roles to reenact. He said she cast a Jewish student as Adolf Hitler and told the child to pretend to commit suicide at the end of the exercise, the child’s parent told The Post.

Another parent of a student in the class told Fox 5 DC her child was told to pretend to choke and die in a gas chamber while other students simulated digging their own graves. She said there was “a lot of sobbing and crying and distress” when her husband picked their child up from school.

Read the article by Morgan Keith in Business Insider Australia.