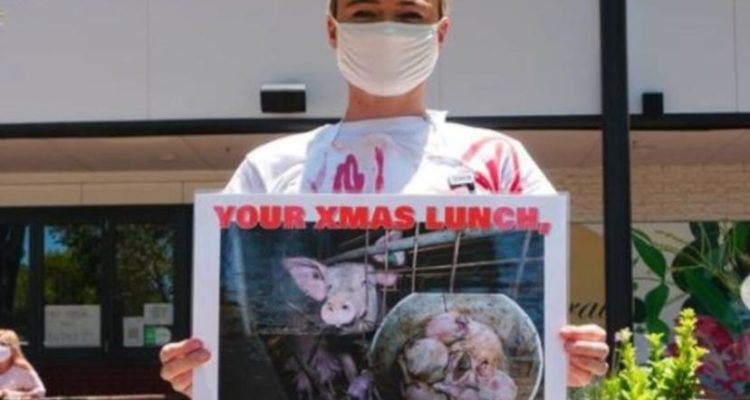 A vegan activist has filmed herself screaming at shoppers looking to buy meat before comparing eating Christmas lunch to the Holocaust.

She posted her antics to her Instagram with a caption that read: “Your Christmas Lunch = Their Holocaust.”

“How can you celebrate family and peace with the body parts of murder victims and secretions of individuals who had their babies ripped away from them on your plate?” Peterson wrote.

She pointed followers to a website, telling them to “see the atrocities happening in this holocaust to the most innocent beings on earth”.

The young West Australian woman is seen in her four-minute video storming through a shopping centre and standing in front of a butcher before she starts screaming.

The footage shows a security guard quickly telling Ms Peterson she had been banned from the property.

“Natasha. You are trespassing … It’s private property. You need to leave,” he is heard saying.

But despite his efforts to usher her out of the building, she ignores him and yells over him.

“Do you know where your Christmas ham really came from?” she begins.