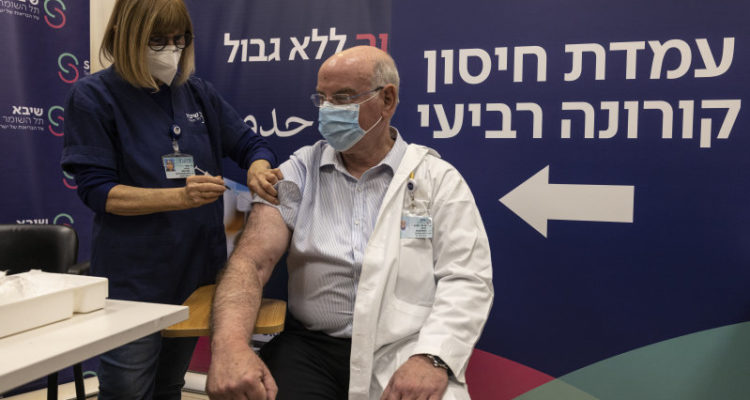 Ramat Gan, Israel: An Israeli hospital has administered fourth COVID-19 vaccine doses to a test group of health workers, in what it calls the first major study into whether a second round of boosters will help contend with the fast-spreading Omicron variant.

Results of the trial, likely to be closely watched internationally, will be submitted to Israel’s Health Ministry in about two weeks, said a spokesperson for Sheba Medical Centre near Tel Aviv.

Israel was the fastest country to roll out initial vaccinations a year ago, and became one of the first to launch a booster program after observing that immunity waned over time.

On Monday, the Health Ministry said it was shortening the time between offering the second and third doses of COVID-19 vaccine to three months from five months in order to beat back rising infections as Omicron spreads.

Concerned about the risk of a sudden surge in hospitalisations, a ministry expert panel last week recommended Israel become the first country to offer a fourth jab to medical workers and those over 60 or with compromised immune systems.

The proposal was welcomed by the Israeli government, which has struggled against a plateauing of turn-out for vaccines. But the expert panel was divided over whether there is enough scientific data yet to justify fourth shots. Final approval by Health Ministry director-general Nachman Ash is still pending, and Israeli media say he may limit fourth shots to over 70s.