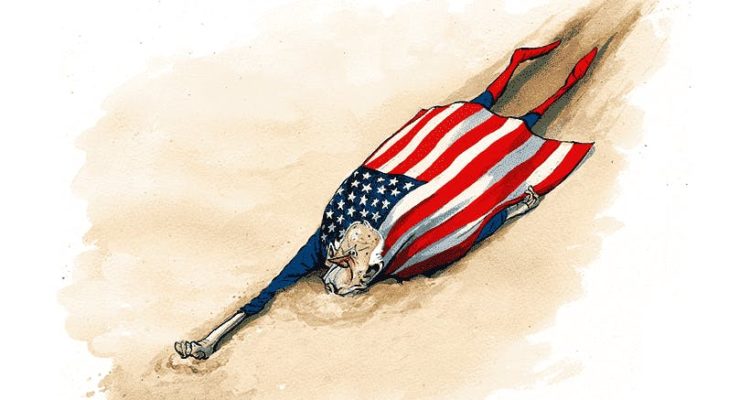 One of the West’s great foreign policy failures of 2021 was the Iran nuclear negotiations, which remained bitterly unresolved as the clock passed midnight.

Having spoken to a number of diplomatic sources on different sides in recent weeks, it is hard to avoid the conclusion that the process has been woefully inept.

Not only has there been a dramatic failure to extract any concessions from Tehran – even a meaningful freeze on progress towards the bomb has remained elusive – but western negotiators have become enveloped themselves in an Asterix-style dust cloud of infighting, competing agendas and tension.

All of this, of course, is a gift to the Iranians, who have entered 2022 in a commanding position.

In truth, the project was all but doomed to begin with. Before he was even elected, Joe Biden telegraphed his desperation to re-enter Obama’s JCPOA deal. ‘The good news is there remains a better way,’ he wrote for CNN. ‘A Biden administration will make it a priority to set Iran policy right.’

The President might not have said in so many words that he would bend over backwards for a deal. But the Iranians are skilled at reading between the lines; and so are the senior members of his own administration.

Diplomatic sources have described Robert Malley, the US Special Representative for Iran, who is leading the negotiations in Vienna, as ‘the most dovish official we’ve ever seen’. In fact, the former head of the International Crisis Group – a think-tank devoted to dispute resolution, the very embodiment of the doctrine of softness – has bent over backwards so far that, as one official put it, he now speaks to Tehran from between his legs.

Read the article by Jake Wallis Simons in The Spectator.