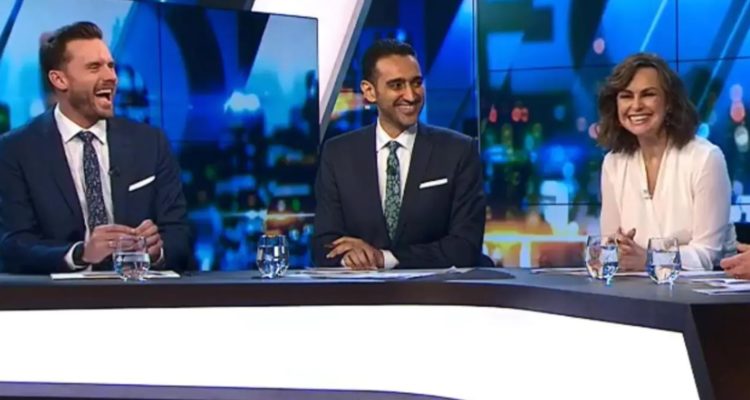 The Project under fire for report on Israeli ‘aggression’

A segment on The Project TV show about violence in the Palestinian Territories unfairly represented the conflict as “unprovoked aggression” by Israel, the head of a Jewish group says.

Anti-Defamation Commission chairman Dvir Abramovich complained to the executive producer of the show about the report, which aired as part of a package on this year’s major world events on December 27.

“Viewers watching the show would not have known that in the space of two days in May, Hamas, Palestinian Islamic Jihad, and other Gaza-based terror groups fired more than 2000 rockets at ­Israel,” Mr Abramovich said.

“Rather, they would be justified into believing that it was Israel that began firing wave after wave of missiles at Palestinian civilians for no apparent reason,” he said.

The Project’s executive producer, Chris Bendall, emailed the group, saying the program had no plans to “correct the record” as Mr Abramovich requested.

“The piece you refer to was not an in-depth story on the Gaza conflict itself but a brief recap as part of a global review.

“As you note, comment from an Israeli military spokesperson was included in addition to the coverage of the impact on Gaza.”