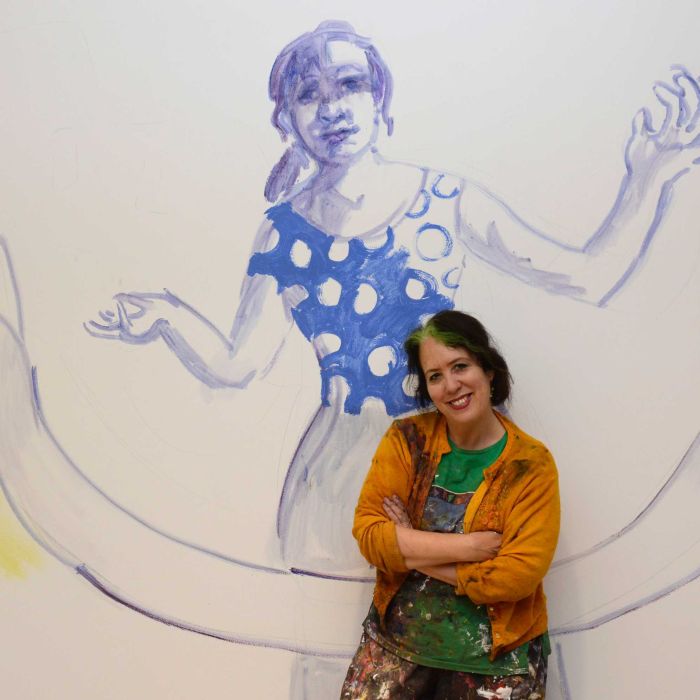 Wendy Sharpe is one of Australia’s favourite painters.

She’s won the Archibald Prize and the Portia Geach Prize twice and she’s been the finalist more than any other artist in the Sulman Prize.

In 1996 she won the Archibald Prize for a fabulous, wild self-portrait called ‘Diana of Erskineville’, a painting of herself as Diana, the Goddess of the Hunt.

In the painting, she has a little moon and a bow and arrow. She said at the time that the painting was about the courage she needed to be an artist, and that at the time Erskineville was a very daggy place to come from.

Wendy is incredibly prolific and disciplined, and she’s had more than 50 solo shows.

Her work has taken her around the world from China, to Egypt to Antarctica to East Timor. In recent years, Wendy has been on an exploration of her own.

She’s been unearthing the truth about her Jewish family history, including her psychic grandmother Bessie, and the strange death of her grandfather Ben, which began a new chapter in her own story.

Listen to the interview with Wendy Sharpe on Conversations.