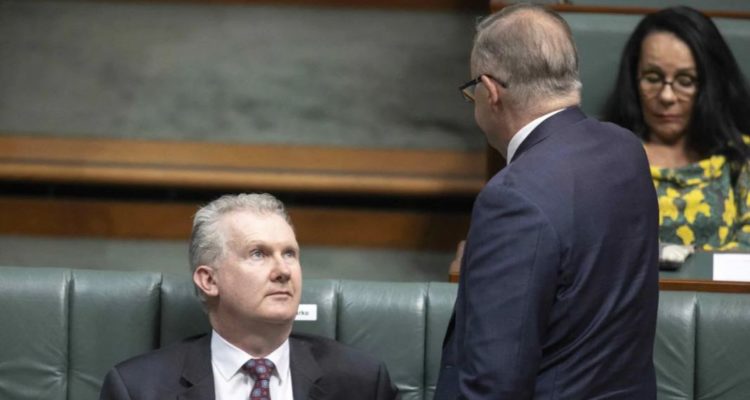 Labor leader Anthony Albanese and opposition arts spokesman Tony Burke have refused to take a stance on the anti-Israel boycott disrupting the Sydney Festival, despite some ALP colleagues ­privately voicing opposition to the campaign.

Since December, the city’s premier cultural event has been embroiled in controversy after organisers approached the Israeli embassy and accepted a $20,000 grant to stage ­Israeli choreographer Ohad Naharin’s production Decadance at the Sydney Opera House.

In response, a coalition of pro-Palestinian organisations, backed by the anti-Israel Boycott, Divestment, Sanctions movement, has urged artists to abandon the event until the festival’s board relinquishes the embassy money.

It’s believed more than 100 artists and crew have now joined the boycott, amounting to up to 35 per cent of the Sydney Festival’s participants.

NSW opposition arts spokesman Walt Secord, who has been the only Labor member at either a state or federal level to publicly discuss the boycott, said: “I have been on the record vehemently opposing the BDS movement since mid-2011.

“(It) is a vile movement which hurts both Israelis and Palestinians; it is also counter-productive to a two-state solution and a lasting peace agreement.”

Asked why the federal Labor Party, including Mr Burke and Mr Albanese, had not made a public stance on the controversy, Mr Secord said he had no comment, but noted that the festival chairman David Kirk needed to clarify his position on the BDS movement and its support of the festival boycott.