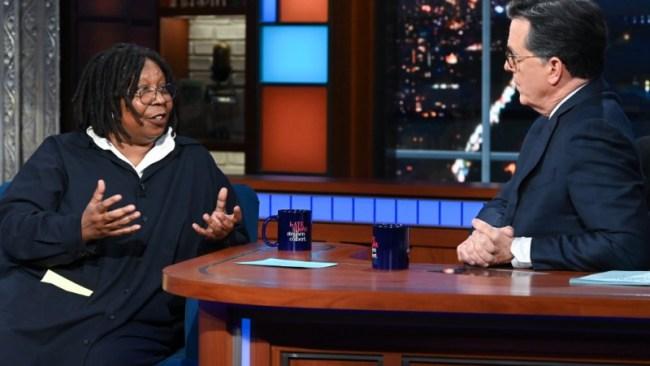 Why Whoopi Goldberg is a such a racist

Whoopi Goldberg isn’t just a fool or a history know-nothing when she says the Nazi Holocaust to wipe out Jews “wasn’t about race”. She is actually a racist, with an anti-white movement behind her.

Give the appalling Whoopi Goldberg another Oscar for best supporting actress, this time for playing the biggest idiot promoting race hate against whites and Jews.

Goldberg, now a host of The View on America’s ABC, this week showed the toxic new racism of the left has messed with her brain.

She claimed the Nazis’ Holocaust – murdering six million Jews – was “not about race” because “this is white people doing it to white people, so y’all gonna fight among yourselves”.

The instant outrage forced her to issue an apology much of the media reported as if it ended the matter. She’s a protected species, you see. But then Goldberg went on the Colbert show to repeat her idiocy.

Host Stephen Colbert pointed out the Nazis sure thought their campaign to annihilate Jews was about race – about the “master race” wiping out an allegedly inferior one.

But here is how Goldberg responded.

Read the article by Andrew Bolt in The Daily Telegraph.