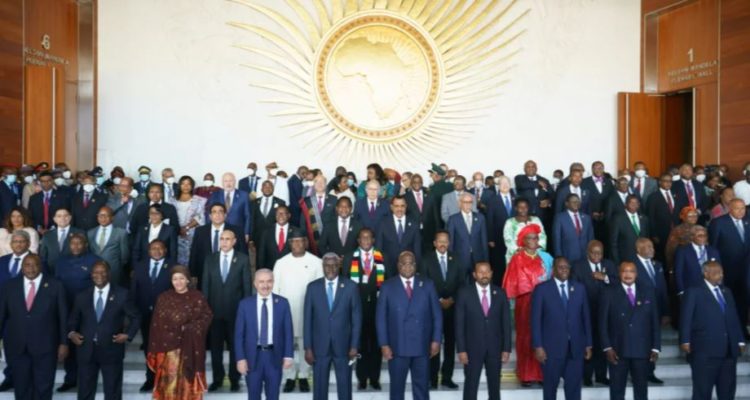 Even as the continent reels from a spate of military coups and the Covid-19 pandemic, the relationship with Israel is expected to figure prominently during the summit this weekend.

As heads of state gathered in Ethiopia’s capital on Saturday, Shtayyeh called on the body to reject Faki’s move.

“Your excellencies, I’m sorry to report to you that the situation of the Palestinian people has only grown more precarious.”

Israel’s accreditation last year drew protest from powerful members, including South Africa and Algeria which argued that it flew in the face of AU statements supporting the Palestinian territories.

He defended Israel’s accreditation, saying it could be “an instrument in the service of peace” while calling for “a serene debate” on the issue.

The summit comes as the AU faces mounting pressure to push for a ceasefire in host country Ethiopia, where a 15-month war has killed thousands of people and, the UN says, driven hundreds of thousands to the brink of starvation.

It has precipitated a rapid deterioration in ties between Abiy, the 2019 Nobel Peace Prize winner, and Western powers who once saw him as a reformer but have condemned alleged massacres and mass rape committed during the conflict by Ethiopian and allied forces.