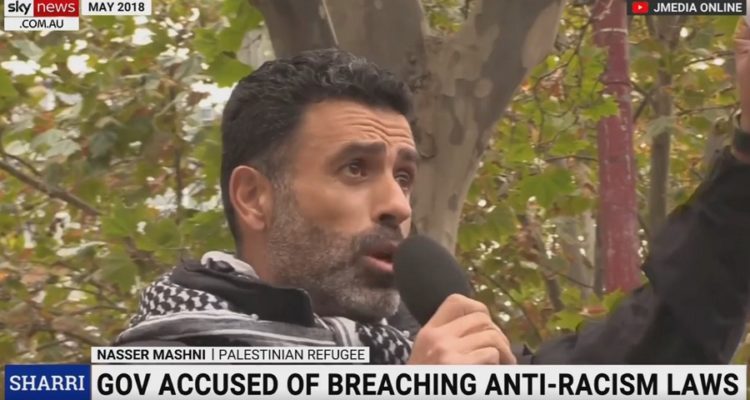 Nasser Mashni at an anti-Israel rally in 2018

Sky News host Sharri Markson says it is “unacceptable” the ABC gave publicity to a man who has openly made anti-Semitic remarks.

“This isn’t surprising. We know the ABC has a problem when it comes to reporting on Israel,” Ms Markson said.

“But the reality is the ABC has thrown its support behind someone who celebrates terrorism and who calls Jews who support Israel filth.

“The woke ABC with all of its highly paid journalists pretends to care about racism and discrimination.

“It pretends to be holier than thou and to have the moral high ground, but the truth is it doesn’t care about racism or discrimination if you’re Jewish.”

Watch the report by Sharri Markson on Sky News.