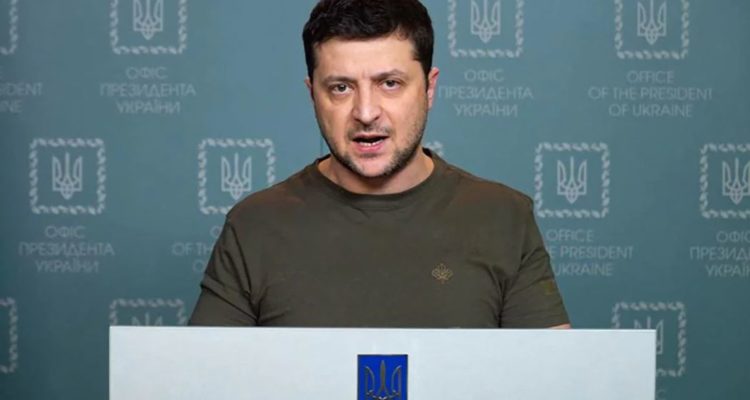 DIMA had his back to the television tower broadcasting to Kyiv when the Russian missiles struck. The blast forced him to the ground. “When I turned,” he recounted, “I saw the flames.”

Five people were killed, including a cameraman, Yevhenii Sakun, who was filming outside. Yesterday morning congealed blood lay in the gutter next to the blackened and smoking headquarters of Inter Atletika, a business that manufactures treadmills, exercise bikes and children’s swings and slides.

It was the proximity to a site of historical significance, however, that provoked particular outrage over Russia’s first big attack on the centre of the Ukrainian capital. The tower looms over Babyn Yar, a ravine that is both the burial site and memorial of the worst single massacre of European Jews by Nazi soldiers during the Holocaust.

President Putin justified his invasion as necessary to remove a “neo-Nazi” regime, although its democratic government is led by a Jew, Volodymyr Zelensky, elected in 2019 with 70 per cent of the vote. “Putin seeks to distort and manipulate the Holocaust to justify an illegal invasion of a sovereign democratic country. It is utterly abhorrent,” Natan Sharansky, chairman of the board of the Babyn Yar memorial, said. “It is symbolic that he starts attacking Kyiv by bombing the site of the Babyn Yar, the biggest of Nazi massacres.”

Read the article by Catherine Philp in The Australian.