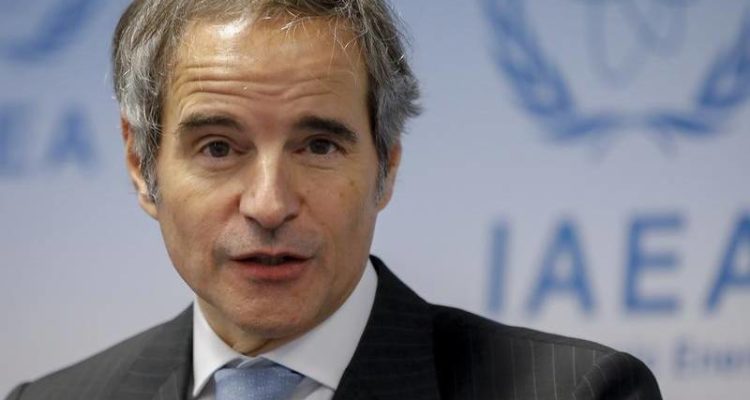 Mariano Grossi, the head of the International Atomic Energy Agency, is tipped to visit Tehran.

The head of the International Atomic Energy Agency (IAEA) will visit Tehran, Iranian news agency Nournews reports, suggesting this could help pave the way to a revival of Iran’s 2015 nuclear agreement with major powers.

Saturday’s visit by Rafael Grossi, head of the Vienna-based UN nuclear watchdog, was reported by the news agency affiliated with Iran’s top security body as negotiators in Vienna seek to restore US and Iranian compliance with the agreement.

Despite progress in the talks, a key sticking point is Tehran wants the issue of uranium traces found at several old but undeclared sites in Iran to be dropped and closed forever, an Iranian official told Reuters.

“If Grossi’s trip could help the agency and Tehran to reach a roadmap to resolve existing safeguard issues, it can help revival of the nuclear deal in Vienna,” Nournews said in its report, without citing a source.

The IAEA last year reported Iran had failed to explain the uranium traces in its “safeguards declarations” to the agency.

The report of Grossi’s trip comes as negotiators appear to be in the final stages of trying to restore the nuclear agreement.

Former US President Donald Trump pulled the United States out of the pact in 2018 and reimposed tough economic sanctions.

Read the article in The (Cessnock) Advertiser.