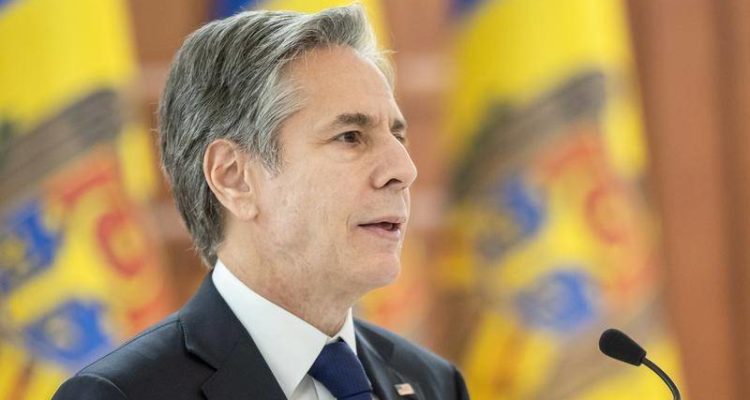 Antony Blinken says sanctions imposed on Russia have nothing to do with an Iran nuclear deal.

Talks to revive the 2015 pact have been mired in uncertainty following Russia’s demands for a US guarantee that the sanctions it faces over the Ukraine conflict would not hurt its trade with Iran.

Moscow raised the potential stumbling block on Saturday, just as months of indirect talks between Tehran and Washington in Vienna appeared to be headed for agreement.

Foreign Minister Sergei Lavrov said Russia wanted a written US guarantee that Russia’s trade, investment and military-technical cooperation with Iran would not be hindered in any way by the sanctions.

Tasnim cited Iranian officials on Monday saying the Russian demands were aimed at securing its interests in other areas and were “not constructive”.

By postponing the revival of the agreement and delaying Iran’s return to the oil market, Russia was seeking to raise crude prices and increase its own energy revenue, the news agency said, without citing a source for that assessment.

Iran’s top security official Ali Shamkhani said on Monday negotiators were evaluating new components that had affected the talks in Vienna. Shamkhani said on Twitter Iran was adapting initiatives to accelerate an agreement.

Read the article in The Young Witness (AAP).