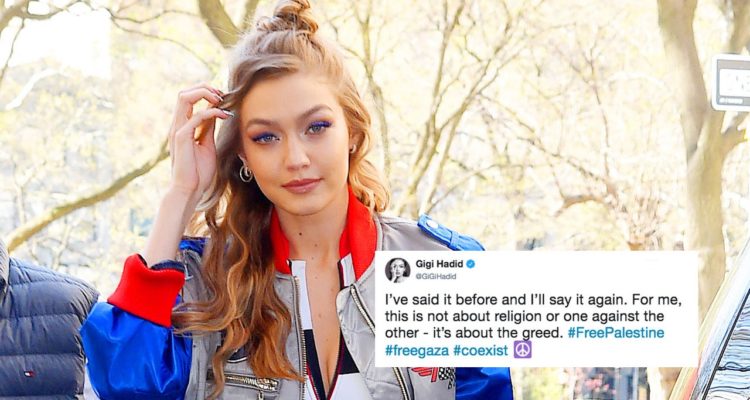 Gigi Hadid speaking out about the Israeli-Palestinian conflict

Supermodel Gigi Hadid was lambasted by critics for her comments on Russia’s invasion of Ukrainian, which she compared to the Israeli-Palestinian conflict.

Palestinian-born Hadid made her comments Sunday after announcing that she would donate her earnings from Paris Fashion Week to aid Ukrainians fleeing the Russian invasion.

“I am pledging to donate my earnings from the Fall 2022 shows to aid those suffering from the war in Ukraine, as well as continuing to support those experiencing the same in Palestine,” she said in an Instagram post.

“Our eyes and hearts must be open to all human injustice. May we all see each other as brothers and sisters, beyond politics, beyond race, beyond religion. At the end of the day, innocent lives pay for war – not leaders. HANDS OFF UKRAINE. HANDS OFF PALESTINE. PEACE. PEACE. PEACE,” she added.

While the model’s intentions were well-placed, it did not sit well with some people who lashed out at her for comparing the Russian invasion of Ukraine to the conflict in Palestine.

“When Israel is painted as oppressive, Jews all over the world pay the price. Numbers don’t lie: anti-Israel messaging leads directly to antisemitic attacks globally,” tweeted Hasbara Fellowships Canada, a group that fights against anti-Semitism on colleges and universities in Canada.

Read the article by Jennifer Manongdo in International Business Times.