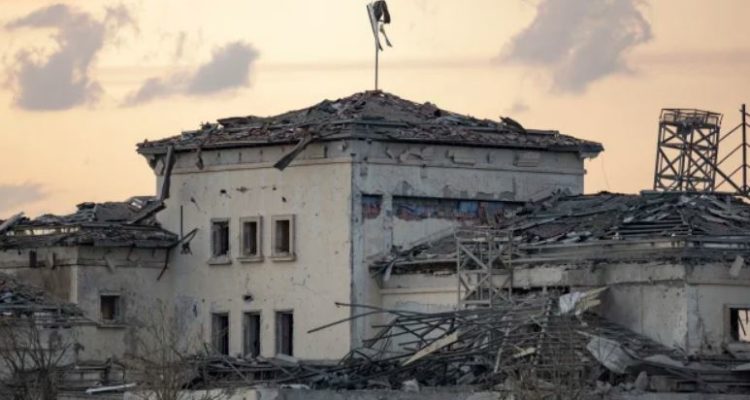 A house damaged by an Iranian ballistic missile attack in Iraq’s Erbil. (AP)

Iran claims missile strike near US consulate in Iraq

Erbil | Iran attacked Iraq’s northern city of Erbil on Sunday with a dozen ballistic missiles in an unprecedented assault on the capital of the autonomous Iraqi Kurdish region.

The attack appeared to target the United States and its allies.

The missiles came down in areas near a new US consulate building, according to Kurdish officials. US officials said no Americans were hurt and no US facilities hit. Kurdish authorities said only one civilian was hurt. No one killed.

The attack, in which huge blasts shook windows of homes in Erbil after midnight, was a rare publicly declared assault by Tehran against allies of Washington.

The last time Iran fired missiles directly at US facilities was when it struck the Ain Al Asad air base in western Iraq in January 2020 – a retaliation for the US killing of Iranian commander Qassem Soleimani.

Sunday’s attack comes as talks to revive the 2015 Iran nuclear deal face the prospect of collapse after a last-minute Russian demand forced world powers to pause negotiations for an undetermined time despite having a largely completed text.

It also comes days after Israel carried out an air raid in Syria which the IRGC said killed two of its members, and for which it vowed retaliation.

Read the article by Amina Ismail and John Davison in the Financial Review.