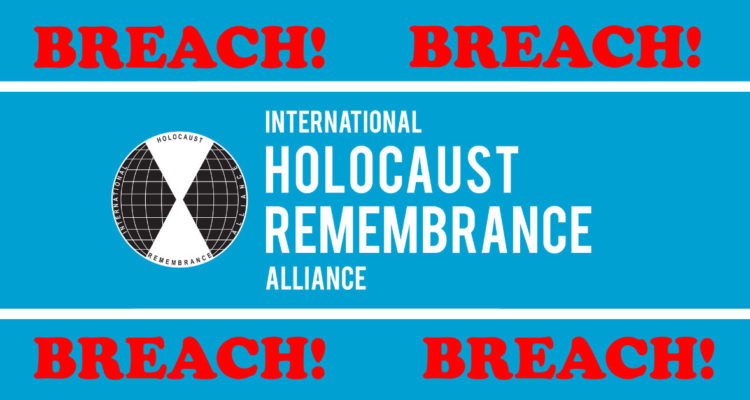 Final Resolution: FaceBook has finally come to its senses after the Australian Jewish News (1/4) got involved. 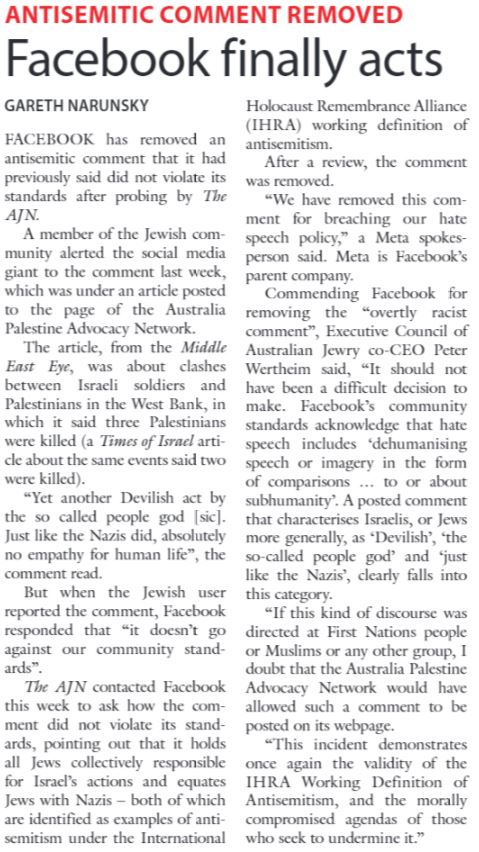 The Australian government adopted the International Holocaust Remembrance Alliance (IHRA) Working Definition of Antisemitism, which has as one its affirming examples that ‘Drawing comparisons of contemporary Israeli policy to that of the Nazis’ is antisemitism.

Does the Australian Palestinian Advocacy Network (APAN) care if it has created a hotbed for antisemitism with the virulent anti-Zionist campaign it is constantly waging?

An antisemitic comment in our social media qualifies as being a blatant example of antisemitism that compares the Israelis directly to the Nazis. The comment has been posted on the APAN FaceBook page in response to an article dealing with the killing of three Palestinians during raids in the West Bank and the Negev. The report from Middle East Eye does not say anything to suggest that the killing of the three Palestinians wasn’t justified. 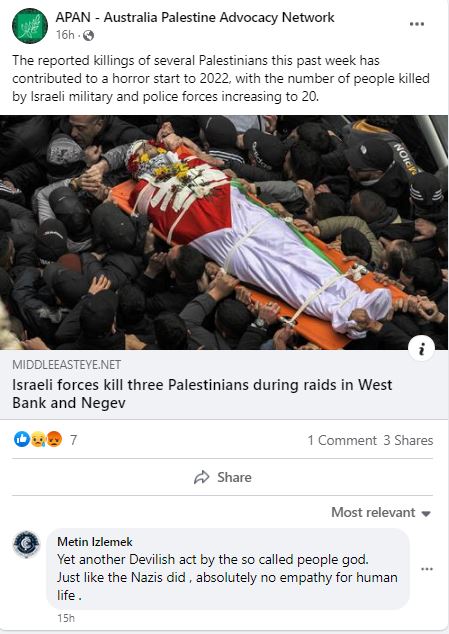 Israeli forces had raided the Balata refugee camp near Nablus to arrest Ammar Arafat, who was wanted by Israeli security forces for allegedly forming an armed group in Nablus.

Now that a clear example of an infringement of the IHRA Working Definition of Antisemitism has been identified what is the government going to do about it? It has been reported to FaceBook and we shall see whether they will have the moral rectitude to discipline APAN.

Latest Update: This was FaceBook’s response which needs to be condemned 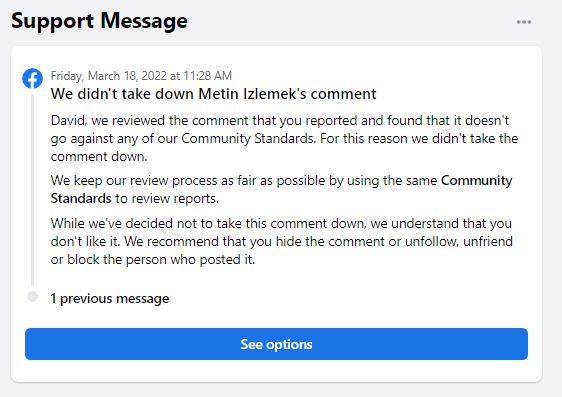