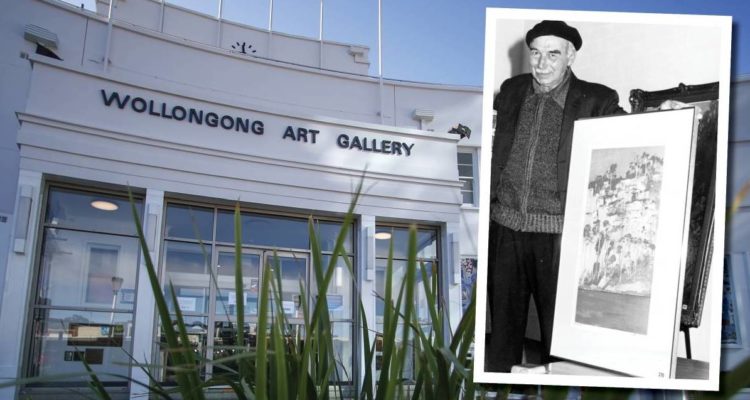 A dark past of Bob Sredersas has been uncovered, linking the art benefactor with Nazi war crimes. (ACM / Wollongong City Libraries)

A historian and scholar of the Holocaust will delve into the background of Wollongong art benefactor Bob Srederas after claims he was linked to the Nazis.

Historian, Professor Konrad Kwiet, will investigate Mr Sredersas’ history, and report back to the council to determine what course of action should be taken if the claims are found to be true.

Wollongong City Council was made aware of documents linking philanthropist Mr Srederas to involvement with the intelligence arm of the Nazi SS in January.

At the time the council, which is responsible for the city’s art gallery, chose to take no action. However once those claims were made public, its position was reviewed.

Now the council will work with the NSW Jewish Board of Deputies to verify claims Mr Srederas was a member of the Nazi Party’s Schutzstaffel (SS) and Sicherheitsdienst (SD), its intelligence arm.

It also is understood a statement noting allegations and explaining investigations are ongoing will be placed at the Wollongong Art Gallery and on the gallery’s website. Steps have also been undertaken to secure personal items of Mr Sredersas in the local studies section of the Library and a similar statement will be placed there for library customers.

Read the article in the Illawarra Mercury.