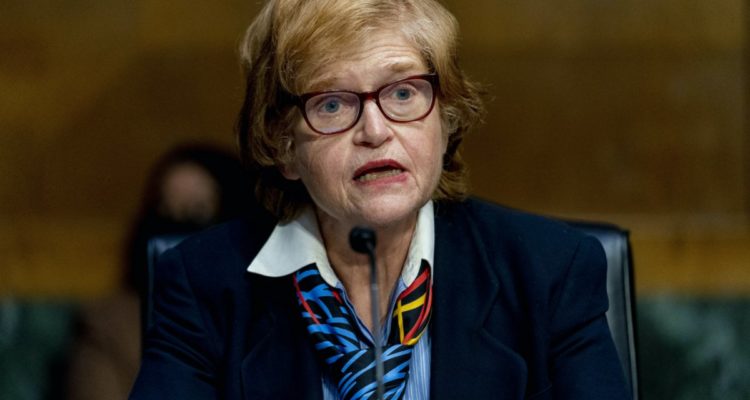 After an eight-month delay, noted anti-Semitism scholar Deborah Lipstadt was confirmed by the US Senate to be special envoy to monitor and combat anti-Semitism, in a late-night voice vote Wednesday.

The Senate vote was required because the position was recently elevated to the rank of ambassador. The Senate Foreign Relations Committee on Tuesday approved the nomination, sending it to the full Senate on a vote of 13 to nine with only two Republican senators, Mitt Romney from Utah and Marco Rubio from Florida, voting in favour.

Georgia Senator Jon Ossoff introduced the motion on behalf of Lipstadt who lives in his state. She teaches at Emory University, located in Atlanta.

Ossoff, who is Jewish, mentioned his great-grandparents, Israel and Annie, who fled Eastern Europe because of anti-Semitism in the 1910s.

“If we mean the words ‘never again,’” he said, “then let’s confirm Deborah Lipstadt to fight anti-Semitism on behalf of the United States.”

Senator Tammy Baldwin, the Wisconsin Democrat who presided over the session, called the vote.

“The ayes appear to have it,” Baldwin said. There were no nays.

US Jews who had advocated for Lipstadt and pressed for her confirmation over many months breathed a sigh of relief. Although the position is intended to advance US foreign policy on anti-Semitism, many American Jews, pained by rising anti-Semitism at home and abroad, felt it was critical.

Read the article by Yonah Shimron in Sight Magazine.