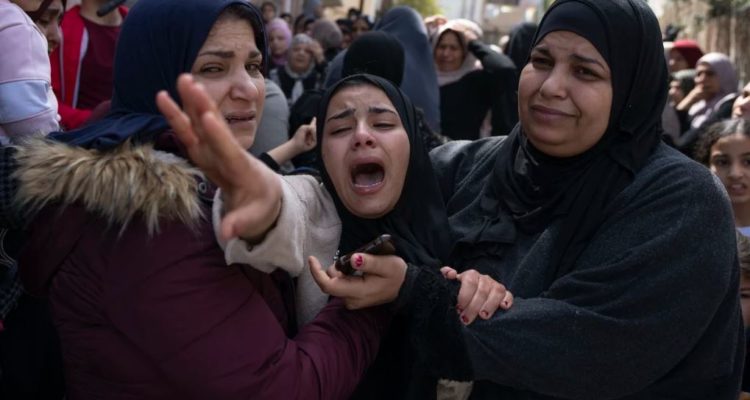 Jerusalem: Israeli forces shot and killed three Palestinian militants in the occupied West Bank early on Saturday, an operation that fuelled persisting fears of a flare-up of violence between Israel and the Palestinians in the Muslim holy month of Ramadan.

Tensions have soared in recent days after Palestinian assailants killed 11 Israelis in separate attacks across the country. Israeli forces have stepped up security and launched arrest raids in the West Bank, killing two Palestinians during a gun battle on Thursday. Another Palestinian was killed on the same day, after stabbing and wounding an Israeli on a bus in the West Bank.

The Israeli police said the three militants were members of a cell that was involved in recent attacks against Israeli forces and were planning another attack that was thwarted during the early Saturday joint operation with the military and intelligence.

Live videos by witnesses on social media showed a crowd of Palestinians inspecting the scene of the clashes near Jenin city after the Israeli troops withdrew. The street was covered with blood stains and the men chanted slogans calling for revenge.

Palestine TV reported that the Israeli forces seized the bodies of the dead militants.

Earlier, after a Palestinian was killed in Hebron city during clashes that broke out after Friday prayers. The Health Ministry said Ahmed al-Atrash, 29, was killed. The Israeli military said its forces shot a Palestinian who threw a firebomb at them.