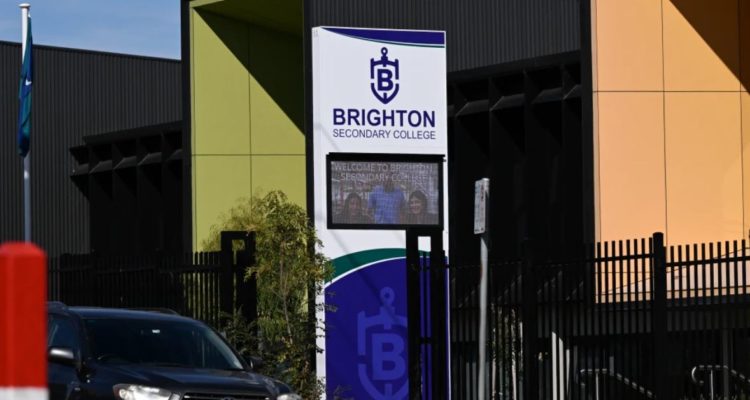 Five former students of Brighton Secondary College are suing the state over the school’s alleged failure to protect them from years of anti-Semitic discrimination and abuse. (Joe Armao)

Five former students of Brighton Secondary College are suing the state of Victoria over what they allege was years of anti-Semitic bullying and discrimination at the government school and chronic negligence by its principal and some teachers in their duty to protect them.

The students, all of Jewish descent, are seeking damages for alleged breaches of their human rights and of the Racial Discrimination Act.

They allege the school tolerated a culture of anti-Semitism that deprived them of their right to safety and to an education.

The Federal Court on Tuesday accepted a request to suppress the names of more than 20 other students alleged to have victimised the five students over several years, before an expected hearing later this year.

Four of the five students have said in a statement of claim filed with the court that they left the Melbourne bayside school prematurely to escape the alleged serial racist abuse and discrimination that occurred between 2013 and 2020 and the school’s repeated failure to protect them or discipline perpetrators.

It is claimed by one former student that the experience of being at Brighton was akin to “prison culture” in which “snitching” to a teacher only increased the bullying.

In one of the most severe allegations contained in the statement of claim, one year 9 student said he was forced into a toilet cubicle by four boys and had a knife held to his throat, was punched in the stomach and threatened with further harm if he spoke out.