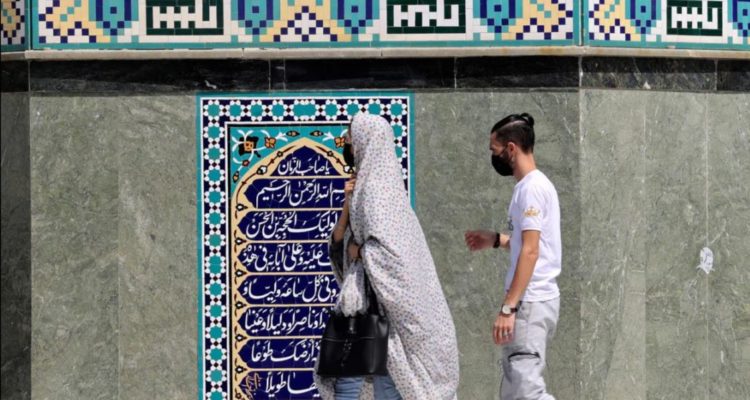 The combination of Russian and Iranian expertise in illicit financial activities could produce the world’s most sophisticated and expansive sanctions-evasion network. (AFP)

The most important resource Tehran can share with Moscow is expertise in evading Western sanctions. Iran’s clerical regime reportedly is talking with the Kremlin about working together to get around the restrictions they both face. If the US and its allies want to limit this sort of cooperation, they should learn from the mistakes they made while employing sanctions to prevent Iran from acquiring nuclear weapons. Iran’s sanctions-evasion techniques are sophisticated and sweeping. The Journal reported last month that Tehran has developed a “clandestine banking and finance system to handle tens of billions of dollars in annual trade banned under U.S.-led sanctions.” Tehran could teach Moscow how to replicate this illicit financial architecture, or the clerical regime could serve as the Kremlin’s broker, taking a cut of the covert trade it facilitates on Russia’s behalf.

The combination of Russian and Iranian expertise in illicit financial activities could produce the world’s most sophisticated and expansive sanctions-evasion network. If Western sanctions lose their bite, the pressure on Moscow to end its invasion of Ukraine and other threats would diminish.The first lesson in dealing with Iran is that the government’s key financial institutions, such as the Central Bank of Iran (CBI), play a leading role in managing illicit activities, including the transfer of funds to Hamas, Hezbollah and other terrorist organizations. While serving as secretary of state, Condoleezza Rice labeled Iran “the central banker of terrorism.”

As part of the nuclear negotiations taking place in Vienna, the Biden administration likely will agree to lift sanctions on the CBI and other terrorist-supporting entities if Tehran accepts some temporary limits on its nuclear program. If the U.S. agrees to those terms, that will contradict Secretary of State Antony Blinken’s commitment to Congress to maintain terrorism sanctions on Iran and undercut its efforts to hold Russia accountable in Ukraine.

Read the article by Mark Dubowitz and Matthew Zweig in The Australian.